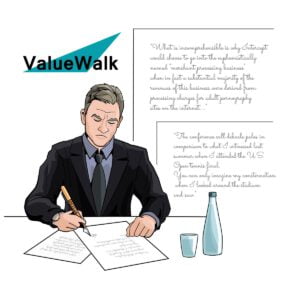 During the Third Quarter, Third Point returned -3.2% in the flagship Offshore Fund.

During the Third Quarter, we focused primarily on preserving capital and lost about 3% versus a 5-6% loss in the S&P and MSCI global indices. Fundamentals took a backseat to macro analysis and technical flows.

After July’s ebullient “bear market rally” sparked by promising signs of inflation reduction, rate containment, and hopes of a soft landing, the mood in August and September became increasingly dour.

This has continued into the beginning of Q4, characterized by the incompetence of the new UK government’s handling of its own monetary and fiscal policy (punctuated by the defenestration of its newly appointed finance minister), which unhelpfully introduced a new narrative of concern around “financial stability” that magnified an already gloomy scenario.

Most trusted pundits have put forth cogent pessimistic arguments and joined the negative chorus of perma-bear Nouriel Roubini with declarations that we are entering a severe recession and prolonged bear market.

The mood at the few hedge fund events I have attended is similarly bleak, with participants laying out their scenarios for potential financial collapse, supported by a competition to come up with the lowest PE multiple of a lowered S&P earnings forecast. Their bleak outlook is reflected in data provided by prime brokers showing historically low nets and grosses in the hedge fund community.

I am sympathetic to many of these economic and geopolitical concerns but, amidst all the gloom, we are seeing very attractive valuations, particularly assuming an economic scenario short of financial Armageddon, and are taking up exposures as we speak.

As my friend and mentor, who I will dub the “smartest man in America,” recently told me, he did not know when the market would bottom, but he knew for sure it would be when economic data looked godawful.

I am reminded of this NY Post cover and headline from March 9, 2009: “Warren Buffet: The Economy Has Fallen Off a Cliff!” I am familiar with this doom spiral trap because I fell into it too, declaring in an investor letter on March 10, 2009 that we should “brace for impact” just before markets (and our portfolio, since I changed my view only days later based on new data and had ramped exposures to banks/autos) turned around dramatically.

The essential question for me at this point is whether capitulation on rates and inflation driven by Fed policy are the key or if a bottom in the real economy (based on unemployment, income, industrial spending and broad measures of GDP) is actually what matters most.

For now, while we remain respectful of the numerous well-flagged risks, we are looking to deploy capital into both world-class companies trading at bargain basement prices and event driven situations that will be somewhat protected from market moves.

Should the economy deteriorate further, and the recession hit hard, we have short positions and market hedges to dampen the blow as we wait with open arms for opportunities that would emerge in credit, as we discuss below.

Third Point recently acquired a significant position in Colgate-Palmolive. The investment fits several important criteria in the current investment environment. First, the business is defensive and has significant pricing power in inflationary conditions. Second, there is meaningful hidden value in the company’s Hill’s Pet Nutrition business, which we believe would command a premium multiple if separated from Colgate’s consumer assets.

Third, there is a favorable industry backdrop in consumer health, with new entrants via spin-offs and potential for consolidation. Finally, the current valuation is attractive both because earnings growth is poised to inflect higher, and because shareholders are paying very little for the optionality around Hill’s or Colgate’s ability to participate in further consolidation in the consumer health sector.

As disclosed in our Q2 letter, we reinitiated a significant position in The Walt Disney Company when the company retested its Covid lows earlier this year. At the current price, Disney is trading for little more than the stand-alone value of its Parks business and a mere 15x ’24 “street” consensus.

The company remains early in its Direct to Consumer (“DTC”) transition with a leading market position, and yet the current stock price ascribes negligible value to the streaming business. We believe this is due to questions around the terminal economics of streaming, given large losses being generated today at Disney (>$1 billion dollars last quarter) and stagnating margins at peers such as Netflix.

On the last earnings call, management highlighted three items that could lead to an inflection in DTC profitability over the next 12 months: a 38% price increase for Disney+ in the US; moderating growth in cash content expense; and an advertising tier for Disney+ launching in two months that can drive additional ARPU given high demand for the Disney brand amongst advertisers.

Since we wrote about PG&E in May, the Company has continued to close the valuation gap with its regulated peer group. Over the third quarter PCG’s stock rose 25% versus a 6% decline in the XLU (a proxy for the S&P 500 Utilities Sector). Outperformance was driven by the S&P 500 indexing announcement and continued execution by Patti Poppe, the recently hired CEO, and her team.

Management has focused its efforts on mitigating physical and financial risk by building in layers of protection against catastrophic wildfires, financial uncertainty, and rate-payer volatility. Importantly for a utility company, Ms. Poppe has a plan to make much needed investments in safety, reliability, and service quality via capital investment while simultaneously reducing operating expenses.

Our corporate credit book was down -5.3% for the quarter and contributed -65 bps to the overall performance of the fund.

Our largest losses were the result of exposure to long duration investment grade situations where we were underhedged, and a distressed investment where the improving underlying fundamentals were overwhelmed by a poor market technical and declining comparable valuations. These were both primarily errors in hedging, which we do not expect to repeat.

During the Third Quarter, our structured credit strategy returned 1.3%, with outperformance (as a result of rates hedges) in August and September despite dramatic moves in both rate and credit spreads. Like virtually all other markets, the Fed’s efforts to combat inflation brought the same unease and volatility to the structured credit markets.

Despite the increased uncertainty, fundamental performance in asset backed securities has been resilient. Our current yield in the structured credit portfolio is in the high teens, accounting for recessionary loss scenarios.

Third Point first invested in Ventyx in 2016 as an investment in Opillan, which was developing an oral small molecule for ulcerative colitis as a Series B, with a post-money valuation of ~$20 million. The company’s objective throughout has been to create oral pills with the same efficacy as biologic drugs for significant auto-immune disorders.

Beau Teal: Beau Teal joined Third Point in 2022 with a focus on consumer discretionary. Previously, he was a senior analyst at Melvin Capital investing in consumer and internet. Prior to joining Melvin, he worked at Bank of America Merrill Lynch as an investment banking analyst in the firm’s Financial Institutions group.

Mr. Teal graduated with distinction from the University of North Carolina where he earned a B.S. in Business Administration and Economics.

He began his career at Rothschild & Co as an investment banking analyst. Mr. Venkatraman is a graduate of Emory University, where he earned a B.B.A with a concentration in finance.