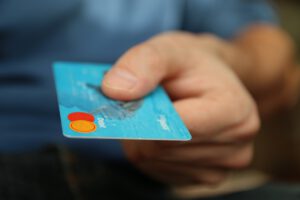 One of the most discussed topics currently is when the second round of coronavirus stimulus checks will be announced, or if there will be any more stimulus packages. Though answers to these questions are still awaited, one thing that we do know is whenever Congress approves the stimulus package, the second batch of direct payments are likely to arrive much quicker than the first.

Talks are still ongoing over the second round of coronavirus stimulus checks, including whether or not there is a need for further stimulus payments. Several proposals have been floated, including the $3 trillion HEROES Act, which has already been passed by the House. However, the bill is yet to be passed by the Senate.

The delay was likely because the IRS was tasked with disbursing the checks using the payment information on file from 2018 and 2019 tax returns. Such a method proved efficient for many people, but a nightmare for many others.

The Treasury does not have the right information on many people, including low-income families, certain Social Security beneficiaries and full-time college students. However, now they have that information, thanks to the CARES Act.

Any proposal for the second round of coronavirus stimulus payments will need to pass through a lengthy legislative process before it turns into law. Whenever that happens, the IRS will be ready to process the payments quickly.

The IRS is more prepared now

Chad Hooper, national president of the Professional Managers Association (PMA) which represents managers at the Internal Revenue Service (IRS), says that though it is difficult to make an accurate prediction, the agency would send the payment more quickly this time if the eligibility requirements for the second round is the same or similar to the first one.

Speaking to Newsweek, Hooper said the agency took fewer than four months to issue the direct deposits under the CARES Act “… because of how the agency’s aging mainframe functions, it is our understanding that the most rapidly a check could be issued is roughly 2-3 weeks so I would expect to see payments issued within 4 weeks.”

The Treasury Department recently decided to issue debit cards to some of the recipients, especially those for whom the agency does not have any banking information.

“This is another population of taxpayers for whom we would have direct deposit information and will only help the agency to issue subsequent payments more rapidly,” Hooper said.

Speaking about whether or not there would be another round of coronavirus stimulus checks, Hooper said he could not speak on any such plans, but the IRS does monitor the potential legislation.

Referencing the HEROES Act and the Senate’s stance on it, Hooper said the IRS usually keeps a watch on pending legislation so that they are prepared to implement the changes as soon as it turns into law.

Federal tax policy expert Chuck Marr also believes that the second stimulus payments would reach people much faster than the first because the IRS now has updated payment information on most people.

“They fixed the first two holes, which is good,” Marr recently told CNBC.

Digital dollars and FedAccounts to speed up distribution

Another thing that could help speed up sending payments is the use of digital dollars and FedAccounts to distribute it. One of the proposals for the second round suggested minting a pair of $1 trillion coins and using these to back the payments.

This proposal from Congresswomen Rashida Tlaib (D-Mich.) and Pramila Jayapal (D-Wash.) proposed Automatic BOOST to Communities Act (ABC Act). The proposal indicated how Congress could authorize the Federal Reserve to create FedAccounts. This will ensure that the stimulus payment gets deposited directly into accounts, bypassing the need of printing or bank account wire transfers.

Demands of creating a digital dollar to speed up the stimulus payments have been made before as well. In fact, one of the initial versions of the first stimulus bill – put together by the Democrats – talked about creating a so-called digital dollar.

This would have allowed the stimulus payments to bypass bank accounts and reach directly to people’s government-run digital wallets. However, such a provision was removed from the final version of the bill, notes a report from Forbes.

Other countries are also considering similar projects. China, for instance, is working on developing a digital yuan, while France’s central bank is also working on a digital euro.