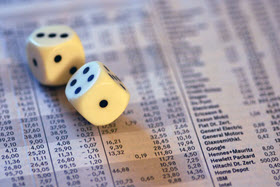 The S&P 500 is the most widely used benchmark for the US stock market and the 200-day SMA is perhaps the most widely used moving average. These two came together again in late May as the index crossed back above on May 27th. Today we quantify the performance of prior signals and show how a little smoothing can go a long way. Furthermore, a simple market timing mechanism can tell investors when to add risk and when to seek alternatives to stocks.

Instead of using the S&P 500 Index, I will use the S&P 500 SPDR (SPY). Let’s first look at returns over the last twenty years. The first half marks the lost decade when SPY went nowhere from June 2000 to June 2010. There were two big declines during this decade and a major low in March 2009. The second decade was much better, but also experienced a 30+ percent decline in 2020. Over the entire 20 year period, SPY returned 7% per year with dividends included. 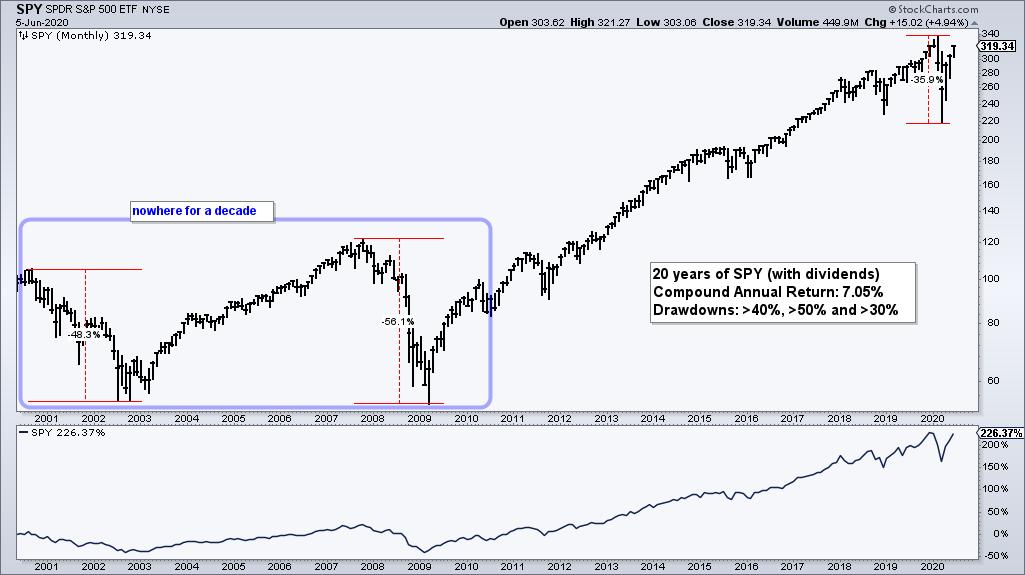 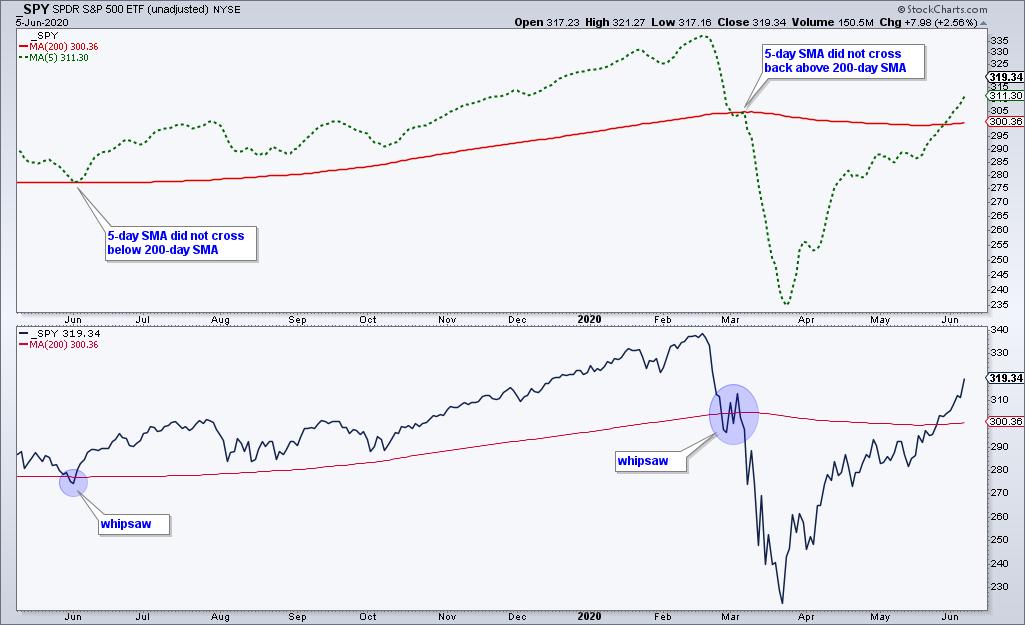 Buying and selling on a cross of the 200-day SMA is profitable with much lower drawdowns than buy-and-hold, but there are a lot of whipsaws (bad trades) because the win percent is only 29%. Notice that the Compound Annual Return and Win% increase significantly when we smooth the close with a 5-day SMA. And finally, the EMA combo did not perform as well as the SMA combo.

Even though the 5/200 day SMA combo does not outperform buy-and-hold over the twenty year period, employing a simple market timing mechanism can help one avoid some big drawdowns. Notice that this timing strategy was only invested 73% of the time, which means money could have been put to work outside of the stock market 27% of the time. Chartists can also use this strategy to adjust risk in their portfolios. For instance, one could add risk and increase stock exposure when the 5-day is above the 200-day, and turn defensive when the 5-day is below the 200-day.

There is a lot of chatter recently concerning the medium-term breadth thrust in the percentage of stocks above the 50-day SMA. At TrendInvestorPro, I put this thrust to the test and quantified results going back to 2001. I also proposed and tested a model using the percentage above indicator for three SMAs for the S&P 500. Click here to subscribe and get immediate access to this report and much more.

Click here to take your analysis process to the next level!