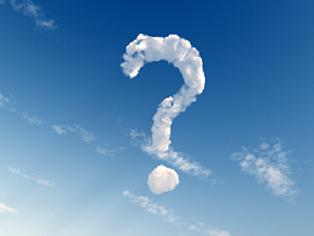 Why are there entire businesses setup to make forecasts? The answer is quite simple; forecasting exists because there is a giant market for it. Investors/traders thirst for forecasts. Here is the real question; why do investors want to hear/read forecasts?

So that there can be no confusion, I want to state my honest heartfelt opinion on forecasting: I adamantly believe there is no one that knows what the market will do tomorrow, next week, next month, next year, or at any time in the future – period.

Hindsight is a wonderful tool to use in order to know why something might have occurred in the past, but rarely is the cause known during the event itself. The prediction business is gigantic. William Sherden, in “The Fortune Sellers,” claimed that in 1998 the prediction business accounted for $200 Billion worth of mostly erroneous predictions. Can you imagine with the growth of the internet and globalization, what that industry is today? Frightening! As Oaktree Capital Management’s Howard Marks says, “You cannot predict, but you can prepare.”

Sherden states that the title “second oldest profession” usually goes to lawyers and consultants, but prognosticators are the rightful owners. Early records from 5000 years ago show that forecasting was practiced in the ancient world in the form of divination, the art of telling the future by seeing patterns and clues in everything from animal entrails to celestial patterns. Isaac Asimov wrote in “Future Days,” such was the eagerness of people to believe these augers that they had great power and could usually count on being well supported by a grateful, or fearful, public. I’m not so sure most of this isn’t applicable to today. Sherden did much research into the numbers of people directly involved in forecasting – and this data was from 1998. They are staggering and growing. And let’s not forget that one of the largest selling newspapers in the country is the National Enquirer. Below are some of the findings on forecasting from Sherden’s book.

No better than guessing

No forecaster was better with specific statistics

No one ideology was better

Consensus forecasts do not improve accuracy

Increased sophistication does not improve accuracy

No improvement over the years.

A weather forecaster will have an exceptional record if he says simply that tomorrow will be just like today. If I were a weather forecaster, I would tend to error on the side of bad weather instead of good weather. Then if you are wrong, most will not notice. It is when you forecast good weather and it is not, then they will notice. Most market prognosticators tend to have a bullish or a bearish bias in their forecasts. Bullish forecasts are generally well accepted especially by the Wall Street community, and bearish forecasting is a giant business because it infringes on investors’ fears.

“Given the difficulties forecasting the future, it is very useful to simply know the present.” Unknown.

Barry Ritholtz (The Big Picture blog) pointed out how ridiculous the forecasting business has become. In particular, the end of the year forecasts for the next year or the best stocks to own. Here is an example from the August 14, 2000 issue of Fortune magazine by David Rynecki on “10 Stocks to Last the Decade.”

Ritholtz goes on to say, “The portfolio managed to lose 74.31%, with 3 bankruptcies, one bailout, and not a single winner in the bunch. Even the Roche Holdings takeover of Genentech was for 37% below the suggested purchase price. Had you merely bought the S&P 500 Index ETF (SPY), you would have seen a gain of over 23%.”

I think most investors/traders want to read/hear forecasts to find one or more that support their hope about the market’s direction. If you are a true technical analyst with discipline and confidence, you do not ever need to read/hear a forecast. However, that is a tall order and one most are not equipped to deal with. And of course, I’m not talking about StockCharts.com readers.

Remember! No one knows the future!