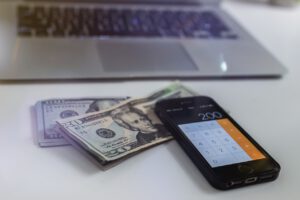 Some Tennessee residents may soon get $1,000 in the form of bonus checks. The Budget and Finance Committee recently approved the $1,000 bonus checks from Tennessee. These bonus checks, however, are specifically for public employees in Coffee County, Tennessee.

$1,000 Bonus Checks From Tennessee: Who Could Get Them?

Earlier this month, Coffee County’s Budget and Finance Committee decided to use $278,734 of federal money to send extra money to employees ahead of Christmas. The county got this money through the American Rescue Plan Act (ARPA), the $1.9 trillion stimulus package approved by the Biden Administration last year.

In a meeting last week, the committee approved the proposal to send $1,000 bonus checks from Tennessee in a four-to-two vote. The committee will meet again on December 8 for the final approval.

Those in favor of sending bonus checks to public employees say the money will help to retain good employees.

On the other hand, those against the bonus payment argue that the ARPA money should cover a wider segment of people. Another argument against sending the money is that it would be unfair to about 60,000 other people who live in Coffee County.

Apart from the bonus checks from Tennessee, the committee also approved a pay raise for 911 employees. At the meeting, 911 Center Director Scott LeDuc told the committee that 911 employees are leaving because they are getting better jobs in neighboring counties.

Further, LeDuc informed that there is a pay discrepancy of about $10,000 between what 911 employees are getting in Coffee County and those working in neighboring counties. LeDuc argues that raising the pay would help the county avoid employee retention issues.

Thus, the committee has approved an increase of $114,227 in funding for Coffee County 911 employees.

During their regular meeting on December 1, the committee also approved the creation of a new part-time animal control officer. The annual salary of this part-time position wouldn’t be more than $16,230.

“Basically the reason I am asking is we are kind of drowning at Animal Control,” Coffee County Animal Control Director Craig Boyd said during the meeting, according to Manchester Times. “We are overwhelmed and on the verge of being burned out.”

Separately, Tennessee’s Department of Human Services will be distributing $500 to some families to help them with holiday expenses. This one-time payment will go to the families participating in the state’s Families First/Temporary Assistance for Needy Families (TANF) program.

Families First is a federally-funded program that offers eligible Tennessee families with monthly cash deposits through electronic benefit cards (EBTs). The $500 payment will also be available through existing EBT cards.

Tennessee’s Department of Human Services started sending the payment out earlier this month. The one-time bonus aims to help around 24,000 children during the holiday period.