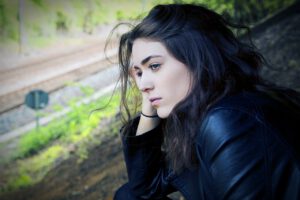 In addition to losses in their portfolios in recent months, an unprecedented number of Americans find themselves unemployed as a result of the coronavirus outbreak. Among those who still have jobs, according to Bloomberg, many are finding their hours and/or their salaries on the chopping block. And for those workers, the pain may be even worse than losing their jobs altogether. Why? Because research shows that people tend to strongly prefer avoiding losses over acquiring gains.

Let’s say that in January, before the pandemic began dominating the headlines, your boss offered you a raise of $750 per month. That’s an annual gross salary increase of $9,000! No doubt you would be happy at the news, but just how happy would you be? Now imagine that in April, your boss told you that your raise is no longer in effect because the business is struggling. In fact, she adds, the company needs to cut your pay by $750 per month.

Nobel prize winning psychologist Daniel Kahneman and his colleague, Amos Tversky, first developed the idea of loss aversion in 1979, after their research showed that people react differently when faced with positive or negative changes to their situation. Kahneman and Tversky found that the aggravation people feel when they lose money appears to be greater than the pleasure they experience by gaining the same amount of money.

The 2019 BeFi Barometer, published by Cerulli Associates and Charles Schwab, reports that advisers who focus on clients with less than $500,000 in investable assets are more likely to indicate that their clients experience loss aversion compared to advisers with high-net-worth clients. In my experience, a client’s nearness to retirement also seems to play a role. For someone five years from retiring, a 20% decline due to volatility may seem so dire that they’d rather move everything to cash to avoid losing more money. Of course, the problem with that line of thinking is, by pulling out of the market, those clients will never have a chance to make up the loss.

While loss aversion may occasionally protect us from some threats, it can also prevent some people from achieving their financial goals. Examples include not selling a stock that has fallen below the price you paid for it, just because you don’t want to take a loss; or, selling a stock that has increased in value over what you paid just so you can lock in the profits.

Humans are emotional animals, and we often base the decisions we make on our emotions. However, research has shown that it’s possible to exercise a degree of regulation on our emotional behavior, and by doing so, change the way we think about loss.

In one study, researchers asked one group of people to reduce their emotional reaction to potential losses by thinking like a professional trader who might consider the choice as one of many in the creation of a portfolio. They asked another group to focus on each choice in isolation (the way most of us consider making changes to our portfolios). Next, each group completed a series of 140 choices between a risky gamble and a guaranteed return.

The subjects who isolated each choice tended to show loss aversion – in other words, they were more concerned about avoiding losses than making gains. However, the group that considered each choice as if they were managing a portfolio were less loss averse. The study supported a conclusion that a professional trader may have developed strategies for limiting their emotional responses to losses, while amateurs may be more likely to make different decisions with the same information if they haven’t learned to regulate their emotions.

In thinking like a trader, stay focused on your long-term goals. When volatility strikes, remember that you’re experiencing one event in the context of a longer time horizon. Focusing on daily market performance and checking your portfolio frequently will only increase your stress level, which can lead you to make an emotional decision.

Some people are naturally risk averse, meaning that they would prefer some certainty in their returns on investment, but would be willing to accept some level of risk in exchange for a reward of higher returns. Others are terrified of taking losses of any kind, and have a hard time coping when markets experience a steep decline. Interpretive financial advisers – ones who share information with their clients and help guide them to decisions that are in their best interests – work to understand your money sensitivities and structure your portfolio accordingly. They may also know to contact you during periods of market volatility to see how you’re feeling and to remind you of your financial goals.

If you’re just beginning to work with a financial adviser, be sure to have a frank conversation about your tolerance for risk. Many advisers ask new clients to answer questions about how they would handle a sudden loss if markets turned volatile. Your honest answers will help your adviser identify your attitudes about, and understanding of, money concepts. The better the communication, the stronger your trust relationship will be with your adviser. That’s something you’ll appreciate during the next market downturn.

The post Why Losing Hurts So Much appeared first on ValueWalk.