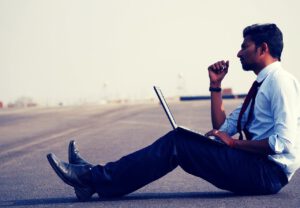 The major indices are all sporting small losses at midday, due to a surge in the number of new COVID cases, which led to another pre-market dip in U.S. equity futures. Despite that, the Nasdaq 100 index, which constitutes of the most valuable companies of the tech exchange, hit a new all-time high today, erasing all of its COVID losses, confirming its place as the global leader of the recovery. The European Central Bank’s (ECB) monetary meeting was at the center of attention in pre-market trading, and a lot of analysts expected an expansion of the Bank’s asset purchase program.

The ECB announced further bond purchases of $675 billion, boosting the euro and financial stocks in Europe and the U.S. alike. The dollar hit its lowest level in over three months against the euro in the wake of the announcement, with the slightly bearish U.S. economic releases adding to the selling pressure on the currency. The weekly number of new jobless claims was higher-than-expected again, coming in above 1.85 million, and this week, continuing jobless claims also disappointed, but equities barely budged, despite their lofty weekly gains.

Market breadth has been relatively strong for the fourth day in a row, thanks to the bullish small-caps, with advancing issues outnumbering decliners by an over 5-to-4 ratio on the NYSE at midday. Only 6 stock hits new 52-week lows on the NYSE and the Nasdaq, while 37 stocks hit new 52-week highs. The major indices have been hovering around their daily VWAPs (Volume-Weighted Average Price) throughout the morning session, pointing to a choppy and mixed afternoon session. The key sectors have been diverging substantially this morning, and this week’s risk-on/risk-off divide has been less apparent, as the energy and real estate sectors pulled back, meaning that bulls might be taking a breather following the strong rally of the past few days. Stay tuned!