In the previous weekly note, it was categorically mentioned that the Indian equities were due to consolidate; any move that leads to a minor correction or consolidation should not surprise anyone. The past five sessions remained much on the expected lines as the headline index saw some corrective moves, took support at important levels, and ended with a minor cut. The trading range also narrowed a bit; as compared to 613.70 points in the week before this one, the NIFTY moved in a 390..35 points range. While successfully keeping its head above crucial levels, the index closed with a net loss of 171.40 points (-1.06%) on a weekly basis. 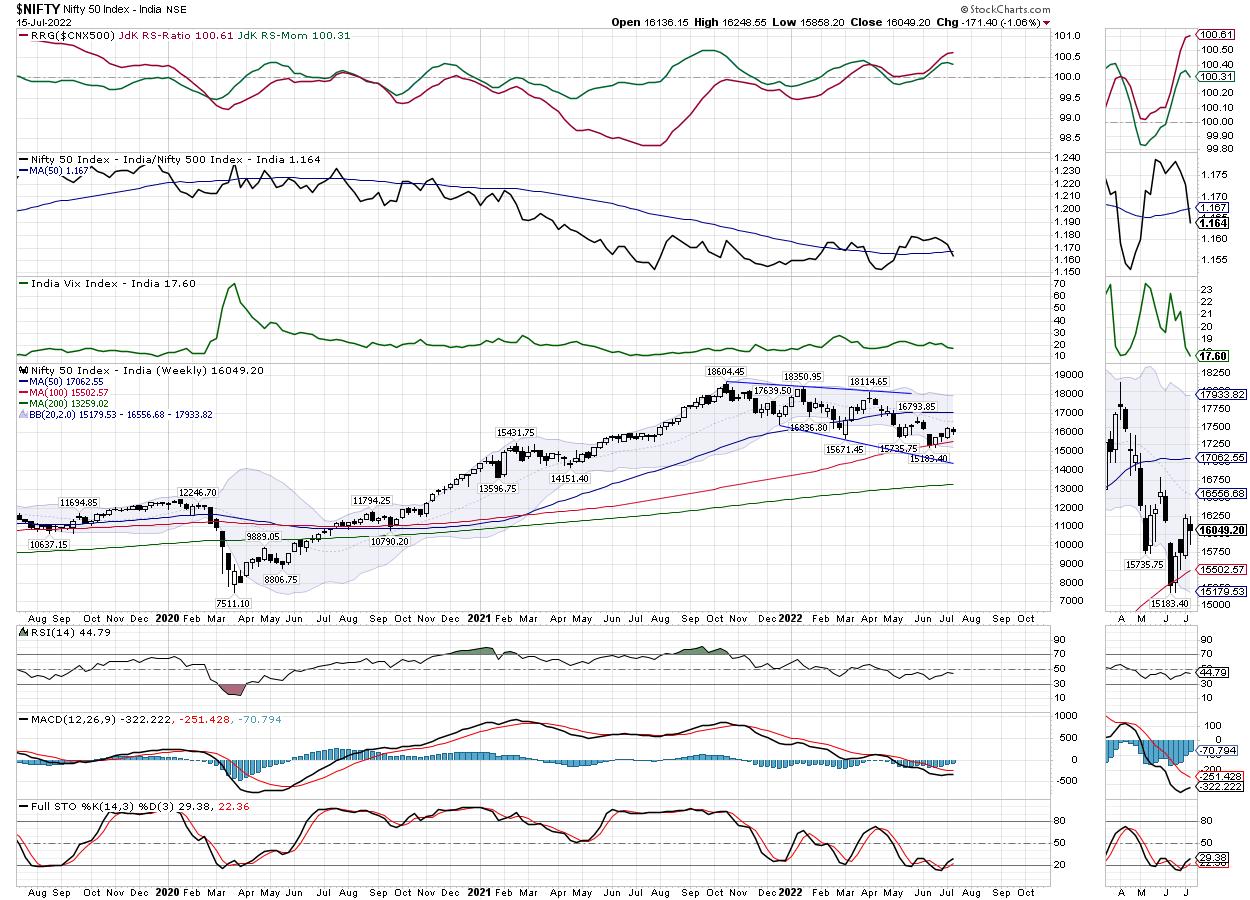 From a technical perspective, the NIFTY defended the 16000-level; this is the upper edge of the 15700-16000 zone which NIFTY had violated on its way down. During the recent corrective move, the index has managed to defend this zone. Besides this, importantly, the NIFTY has also managed to keep its head above the important 100-WMA levels. NIFTY’s managing to stay above 15700-16000 levels was and will continue to remain important over the coming weeks. Therefore, over the coming weeks, NIFTY’s keeping its head above 16000 will be crucial to watch; any slip below this point may lead to some more consolidation/weakness. However, as of now, this seems less likely.

Volatility also declined a bit, INDIAVIX came off by 4.34% to 17.60 on a weekly basis. The coming is likely to start on a buoyant note; the levels of 16180 and 16495 acting as potential resistance points. The supports will come in at 15900 and 15710 levels. The trading range is expected to get wider than usual.

The weekly RSI is 44.78; it stays neutral and does not show any divergence against the price. The weekly MACD is bearish and below the signal line. However, the narrowing slope of the Histogram hints at a possible positive crossover over the coming weeks.

A bearish Harami emerged on the candle. A Harami candle is formed when a current candle is completely engulfed by the previous candle. There is also a Spinning Top formation on the candle; this is formed due to a small real body and often denotes periods of consolidation or indecisive behavior of the market participants.

Overall, we will see the markets getting stable; there are greater chances that after a bit of consolidation that was witnessed in the previous week, we see the markets resuming their up move. There is no major change in the sectoral setup that was there in the previous week. Financials may likely try to perform better and economy-facing stocks like Autos, etc., do well along with some defensive sectors as well. It is recommended that one should avoid shorting the markets so long as they keep their head above the 16000 levels. So long as the markets are above this point, all dips must be used for making quality purchases at lower levels. 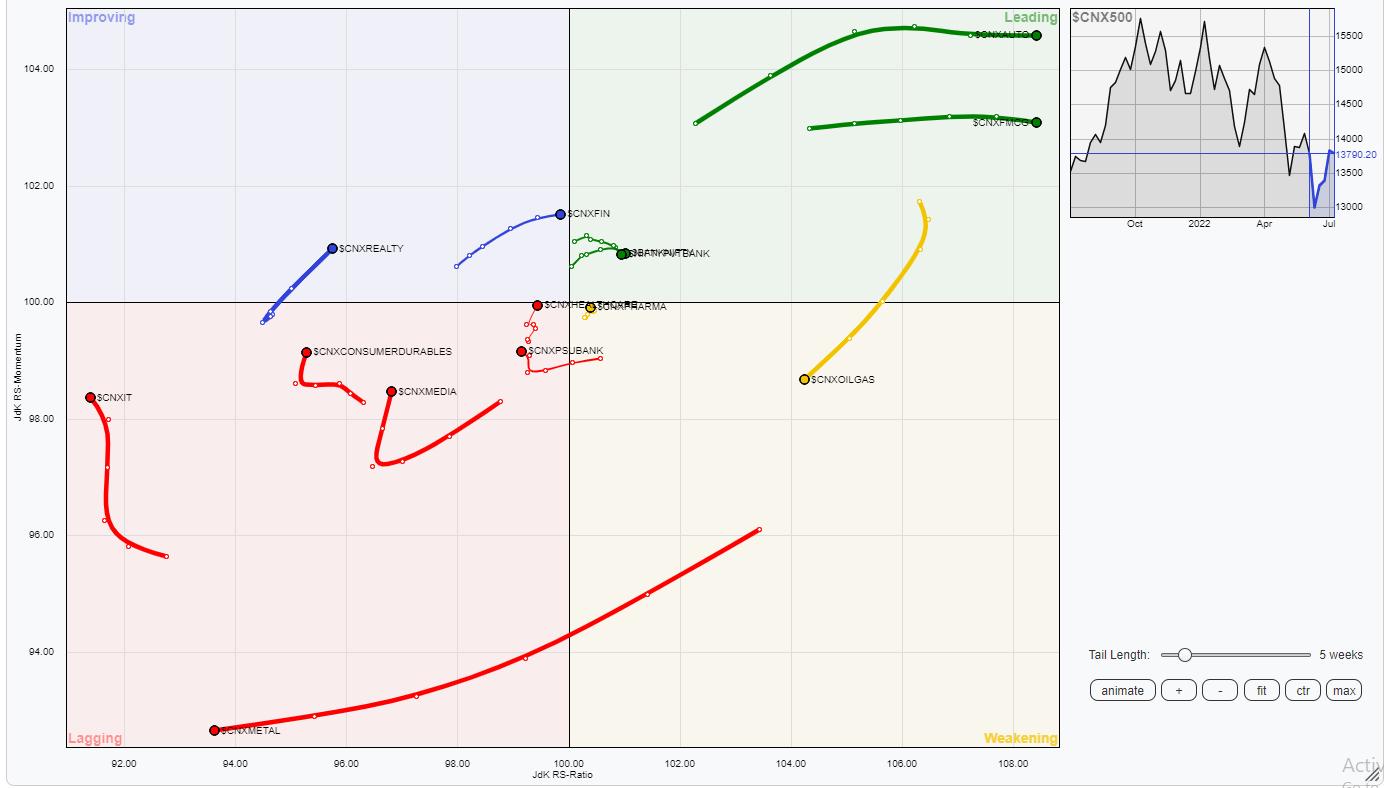 The analysis of Relative Rotation Graphs (RRG) shows that there is no major change in the sectoral setup that was seen in the previous week. Defensive groups like NIFTY FMCG, Consumption, and high beta sector like Nifty AUTO stay in the leading quadrant; they are likely to relatively outperform the broader markets. Banknifty is also inside the leading quadrant.

NIFTY Services sector, Realty, and Financial Services sector index is inside the improving quadrant; they are seen maintaining and further improving their relative momentum against the broader NIFTY500 index.