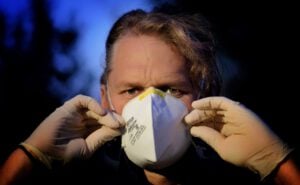 Ahead Of CRA Deadline, Administration Prioritizes Political Agenda Over Combatting The Coronavirus Pandemic

Accountable.Us Found That In The Last Full Week Before Congressional Review Act (CRA) Deadline, The Trump Administration Introduced Only One Rule Related to Coronavirus

WASHINGTON, D.C. – The Trump administration is making a major deregulatory push fueled by a rapidly shrinking window of time before rules may be subject to being revoked by a new government in 2021 under the Congressional Review Act (CRA). The CRA gives Congress the power to overturn agency rules made public in the last 60 legislative days of a prior Congress by simple majority votes in both the House and Senate. This year’s deadline may have passed on or around May 20th, depending on how many more days Congress meets this year.

Only 1 Of 50 CRA Rules Deal With The Coronavirus Crisis

Accountable.US, a nonpartisan watchdog group, found that from the beginning of May 11th through May 20th, the Trump administration made final 50 CRA rules across nine different agencies. Of those rules, just one dealt with the coronavirus crisis — and it merely delayed an effective date due to the pandemic.

Accountable.US previously conducted a broader investigation, which found the same troubling pattern of the administration quietly pursuing its anti-regulatory agenda while the public’s eyes are averted in the midst of a crisis. From February 11th to May 8th, the administration put forward at least 730 new rules or proposed rules across nine agencies. Of those rules and proposed rules, 18 — or just over two percent — dealt directly or even indirectly with the coronavirus crisis.

“While America is struggling to deal with the virus and destruction it has left in its wake, The Trump administration has decided to continue jamming through its conservative political agenda instead of combatting the crisis at hand,” said Kyle Herrig, Accountable.US president. “Americans will feel the pain of the administration’s terrible handling of this crisis for years to come.”

Below are two examples of rules the administration pushed through at the last minute, instead of dealing with the crisis at hand:

The post Trump Introduces Only One CRA Rule Related To Coronavirus appeared first on ValueWalk.