The Russell 2000 Small Cap Index peaked in price late last year. With inflation rates not seen in 40 years and interest rates headed higher, this Index has taken a beating, with a 23.5% decline that puts it in bear market territory.

Small-cap stocks have had plenty of hurdles during this current period of economic uncertainty, amid borrowing costs that are on the rise and wage and supply costs increasing in the face of inflation. These smaller companies are generally considered riskier investments and, when investor confidence wavers, they tend to get hit the hardest.

Market experts are beginning to believe that the Russell 2000 has fallen enough, based on historical precedence. Researchers at BofA Global Research recently noted that small-cap stocks are close to their average decline in times that precede a possible recession. In addition, while small-caps historically have struggled during difficult periods, they greatly outperform in the early stages of a young bull market.

For example, coming out of the 2020 bear market, the small-cap Russell 2000 outperformed the much larger S&P 500 by a significant margin, as can be seen in the chart below. 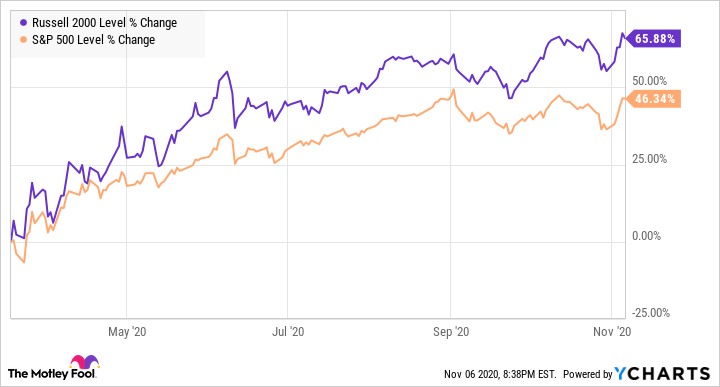 While it’s unclear when a true bull market will be under way, that eventual leadership is one reason that money managers say it’s important to stay on top of small-cap stocks.

Another consideration at this time is the low price to earnings ratio, which puts the Russell 2000 at its lowest valuation ever, since first being tracked in 1985. Below are two small-cap stocks which were big winners out of the 2020 bear market; both are currently trading at low multiples while posting strong earnings recently that were well above estimates. 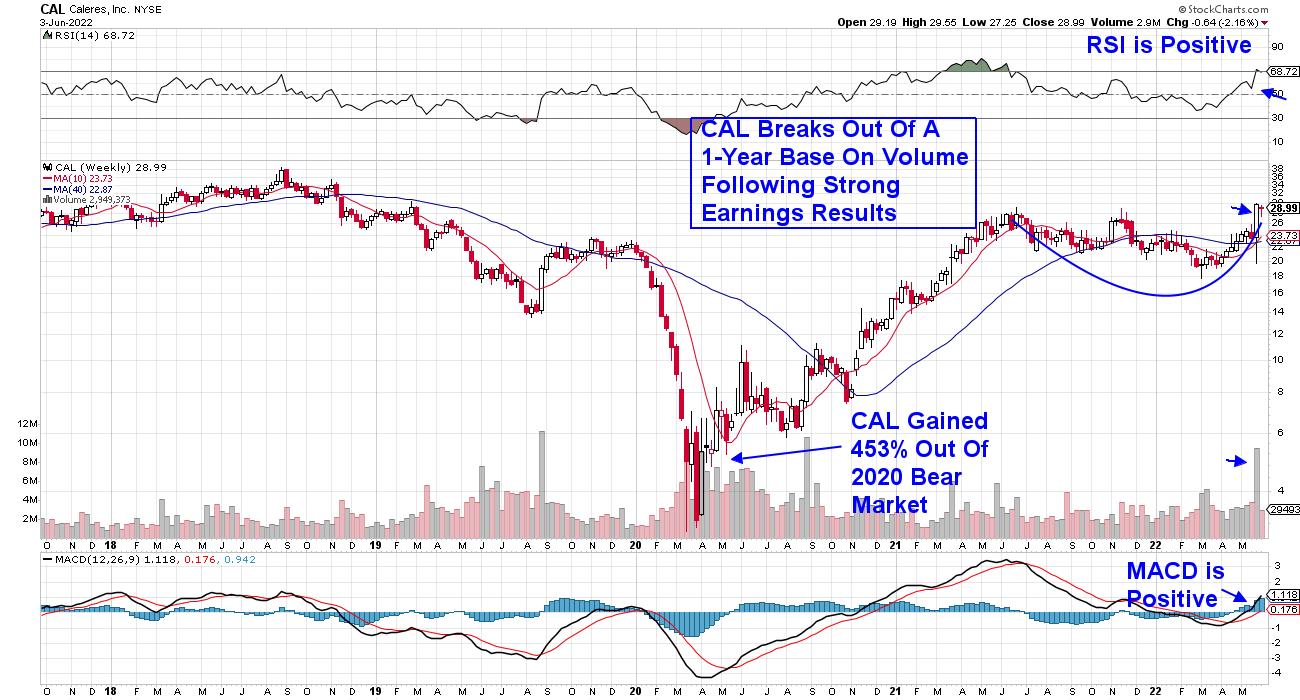 First up is Caleres Inc. (CAL), which operates over 1,000 footwear stores worldwide under the names Famous Footwear and Naturalizer. The company reported quarterly earnings growth of 120% vs. last year, which was 59% above estimates.

In line with other footwear retailers, the company cited huge growth in dressy shoes as more people engage in social events and in-person work. This move away from more casual wear is expected to continue as more people go to postponed weddings and other events. Claeres broke out of a 1-year base on volume and trades at 6x trailing 4 quarter earnings. 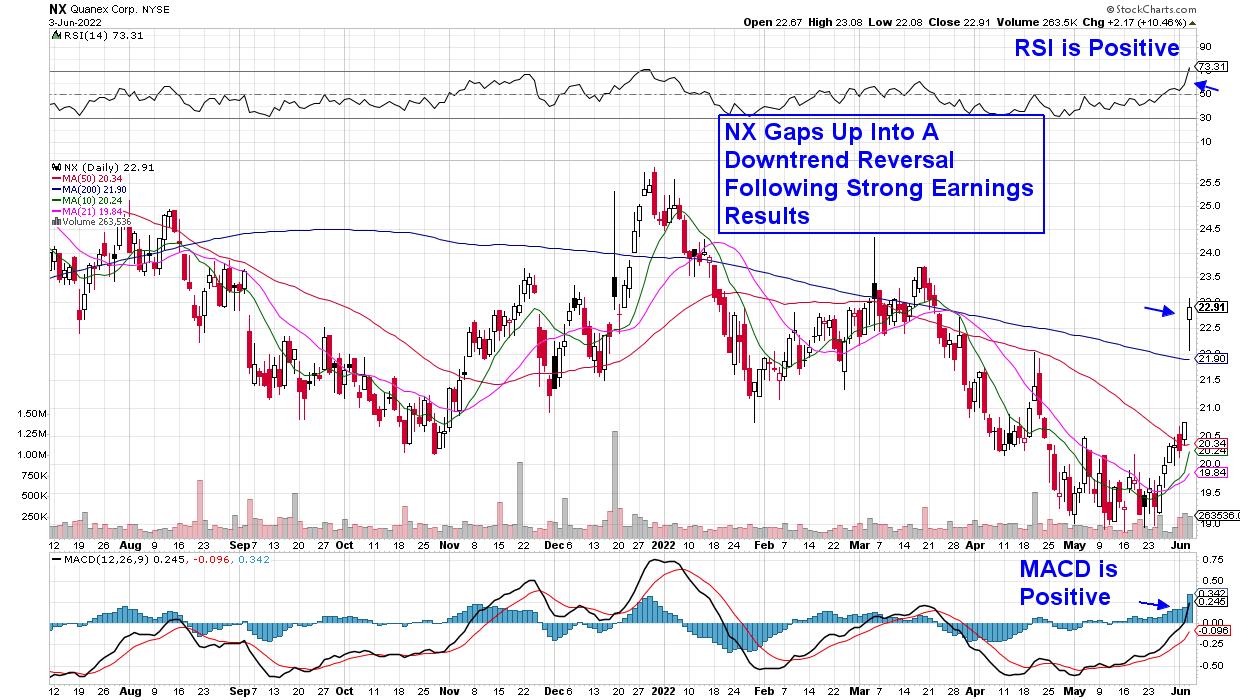 Next up is Quanex Building Products (NX), which manufactures products for building and remodeling. The company reported quarterly results that were 86% better than last year and 87% above estimates. In addition, management guided estimates higher for the remainder of this year while reaffirming their dividend yield of 1.4%.

Quanex Building gapped up on volume following the release of their results, which reversed its recent downtrend. The stock trades at 10x trailing earnings and is poised to eventually break out of a 3-month base breakout at $24.5.

While small-cap stocks have been outperforming large-cap stocks for the past 5 weeks, other areas of the market are also firming up. Late last month, the S&P 500 posted a follow-through day, which uses a system that’s identified every market bottom going back over many market cycles.

In addition to closely monitoring price action in the market, other characteristics need to be in place before a new, long-term bull market is put in place. If you’d like to uncover these needed criteria and be alerted to whether they’re currently in place, trial my twice weekly MEM Edge Report at a nominal fee. You’ll also gain access to our select list of curated buy ideas. Our top pick is up over 100% since being suggested.

On this week’s edition of StockCharts TV’s The MEM Edge, I review pockets of strength in this dire market and why select stocks are poised to trade higher. I also look at key factors that will continue to drive price action in the broader markets.