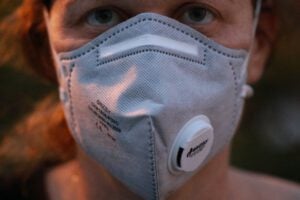 Hope for a round 2 of IRS stimulus checks has been put on hold. The longer lawmakers wait to act, the less likely that there will be another round of coronavirus stimulus checks for everyone.

Next stimulus package capped at $1 trillion

President Donald Trump reportedly met with economic advisors Kevin Hassett and Larry Kudlow on Wednesday to talk about the next stimulus bill, according to sources who spoke to Bloomberg. The Trump administration expects to spend up to $1 trillion on the next package. Officials settled on that amount after Senate Majority Leader Mitch McConnell said he didn’t want to exceed it.

However, the final version of the bill could end up going over that because President Trump wants to include provisions like an infrastructure package, which would push the amount over $1 trillion. Other ideas that could be included in the next stimulus bill include unemployment benefit changes, a credit for workers who return to work after being laid off due to the pandemic, and a payroll tax cut.

The proposals also include liability protection for businesses and doctors and tax deductions for businesses to pay for their employees’ entertainment and restaurant expenses. There was no mention of a round 2 of coronavirus stimulus checks, which could mean that it won’t even make it into the Trump administration’s proposed package.

Why a round 2 of IRS stimulus checks is unlikely

McConnell has said that the Senate has no plans to take up another stimulus package until after the July 4th holiday. That puts debate on a package after July 20, and there’s no guarantee that the package will include a round 2 of IRS stimulus checks.

On one hand, some would argue that a second round of IRS stimulus checks is needed because over 40 million people applied for unemployment due to the pandemic. However, Thursday’s nonfarm payrolls report showed a significant improvement, which means people are starting to get back to work. By the time July rolls around, most people could be back at work.

On the other hand, Republicans control the Senate, and most don’t support a round 2 of IRS stimulus checks. Sen. Mitt Romney called a second round of checks “unlikely,” and Sen. Lindsay Graham said he isn’t “enthused” about the idea of sending more checks.

The White House has talked about the possibility of sending a second round of IRS stimulus checks, so all hope isn’t lost yet. The Trump administration could convince Senate Republicans to include more money for households. However, the fact that a round 2 of coronavirus stimulus checks didn’t even make it into the list of proposals reported to Bloomberg suggests that it’s unlikely.

The HEROES Act, which did include a second round of stimulus checks, passed the House, but it does indeed appear to be dead in the Senate. Republicans are unlikely to take up debate on the bill at all, and McConnell has said that if there is another package, it will be written in the Senate rather than the Democrat-led House.

The post Round 2 of IRS stimulus checks looks doubtful appeared first on ValueWalk.