May 27, 2020 admin
From the MBA: Mortgage Applications Increase in Latest MBA Weekly Survey

Mortgage applications increased 2.7 percent from one week earlier, according to data from the Mortgage Bankers Association’s (MBA) Weekly Mortgage Applications Survey for the week ending May 22, 2020. 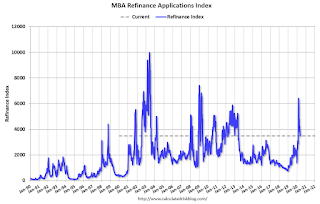 But the index is way up from last year (over triple last year). 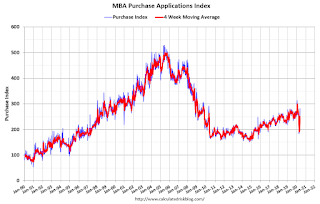 According to the MBA, purchase activity is up 9% year-over-year.