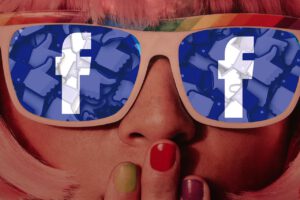 MENLO PARK, CA. – May 27, 2020 –  Even though Facebook’s CEO Mark Zuckerberg – who controls more than 60 percent of voting shares in the online giant – failed to listen, Facebook shareholders were urged today to support a resolution calling on the company to assess “the risk of increased sexual exploitation of children as the Company develops and offers additional privacy tools such as end-to-end encryption.”  While they await a final tally on the vote, sponsors of the shareholder resolution rejected as a “flimsy PR fix” a Facebook announcement last week that it would tinker with AI-based warning for Messenger users in an encrypted environment.

Two major shareholder advisory services – Glass Lewis and Institutional Shareholder Services (ISS) –recommended shareholders support the resolution. Any level of non-management support for the resolution will be significant given the three-fifths stranglehold on Facebook shares controlled by Mark Zuckerberg.

Governments, law enforcement agencies and child protection organizations have harshly criticized Facebook’s planned encryption, warning that it will cloak the actions of child predators and make children more vulnerable to sexual abuse. Shareholder proponents point out that pending legislation in Congress could make Facebook legally liable for child sexual abuse material (CSAM) and that the company is facing increasing regulatory, reputational and legal risk due to this issue. By moving to end-to-end encryption without first taking steps to stop child sexual abuse on its platforms, Facebook will effectively make invisible 70 percent of CSAM cases – an estimated 12 million instances – that are currently being detected and reported.

During a news conference last week, sponsors of the resolution warned that the Facebook platform – including Facebook Messenger, Instagram and WhatsApp – is home each year to nearly 16 million known instances of child abuse and exploitation. They noted that Facebook is the world’s #1 hub of reported child sexual abuse material: In 2019, there were more than 16.9 million reports of child sexual abuse material online and, of that, 15.8 million – or 94 percent – came from the Facebook platform. The shareholders said Facebook’s efforts to date to address the problem are laudable but fall far short of what is needed.

Michael Passoff, founder and CEO, Proxy Impact, a shareholder advocacy service, said: “Shareholders are legitimately concerned that Facebook’s role as a facilitator of child abuse and exploitation will spiral even further out of control if it adopts end-to-end encryption without first stopping predators who prey on children. The recently announced flimsy PR ‘fix’ of AI-generated warning messages will not slow down sophisticated predators exploiting children. Facebook’s callousness to the plight of child victims will likely lead to consumer backlash and an even stronger response by Congress.”

Lisette Cooper, vice chair, Fiduciary Trust International, said: “Today, shareholders raised their voices for change, to make the world a safer place for children, while also making a company we invest in stronger for the future. Facebook has a responsibility to clean up the environment that our kids are hanging out in on their social media platforms — ensuring that it’s a safe neighborhood. Today’s vote shows that, while Facebook’s management may not be listening, more and more shareholders are not willing to remain silent about this horrific situation.”

Cathy Rowan, Maryknoll Sisters, said: “The issue here is very simple: Yes, privacy is important, but there has to be some way to achieve it that does not mean unleashing a whole new wave of child abuse and exploitation horrors on Facebook. If there was ever going to be anything about which investors should have a zero-tolerance policy, it is child abuse and exploitation. Shouldn’t Facebook explore every angle with some of the brightest tech minds on the planet to do more to protect children who use Facebook, Facebook Messenger, Instagram and WhatsApp?”

Facebook’s planned encryption has been harshly criticized by government and law enforcement agencies and child protection organizations. The Eliminating Abuse and Rampant Neglect of Interactive Technologies Act or “EARN IT Act,” could make Facebook legally liable for CSAM.

The resolution was filed by Proxy Impact along with investor Lisette Cooper, and members of the Interfaith Center on Corporate Responsibility including the Maryknoll Sisters, the Dominican Sisters of Caldwell, New Jersey, and the Stardust Fund.