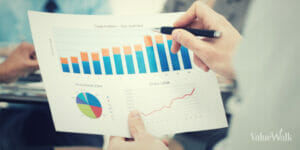 The latest issue of ‘The Globe‘, Eurizon’s publication describing the company’s investment view. In this issue, a focus is dedicated to “beginning of the end of the inflation flare-up.”

The markets were supported in the past month by a lower US inflation reading than expected early in November, and by indications that the Fed is thinking of slowing the pace of its monetary tightening.

Fed funds futures are pricing in a 50 bps rate hike at the December meeting, and two 25 bps increases at the opening meetings in 2023. Starting in March, the Fed would bring its restrictive cycle to an end and subsequently start lowering rates in the autumn, to contain the macroeconomic slowdown.

Assumptions are similar for the ECB: further aggregate hikes of 100 bps by the spring, followed by stable rates at 3%.

These assumptions outline a scenario that contemplates the inflation flare-up coming to an end, and a soft-landing, or mini recession, for global growth. This would be the best outcome for the financial markets but will have to be confirmed by data on prices and economic activity.

In the Eurozone inflation continued to rise, but should now be approaching its peak, lagging the evolution of inflation in the US by a few months. The G20 meeting showed that the United States and China are stepping up pressure on Russia and Ukraine to resume talks, a development that, if confirmed, could offer support to the euro and to the European markets in general.

The baseline scenario contemplates a progressive easing of inflation and a simultaneous macroeconomic slowdown. The Central Banks are expected to slow the pace of monetary restriction, completing their rate hike cycles in the opening months of 2023.

In this context, medium and long-term rates should stabilise, if not drop back. While easing pessimism may support stocks in the immediate term, the recovery will depend on the actual resilience of the economic cycle. 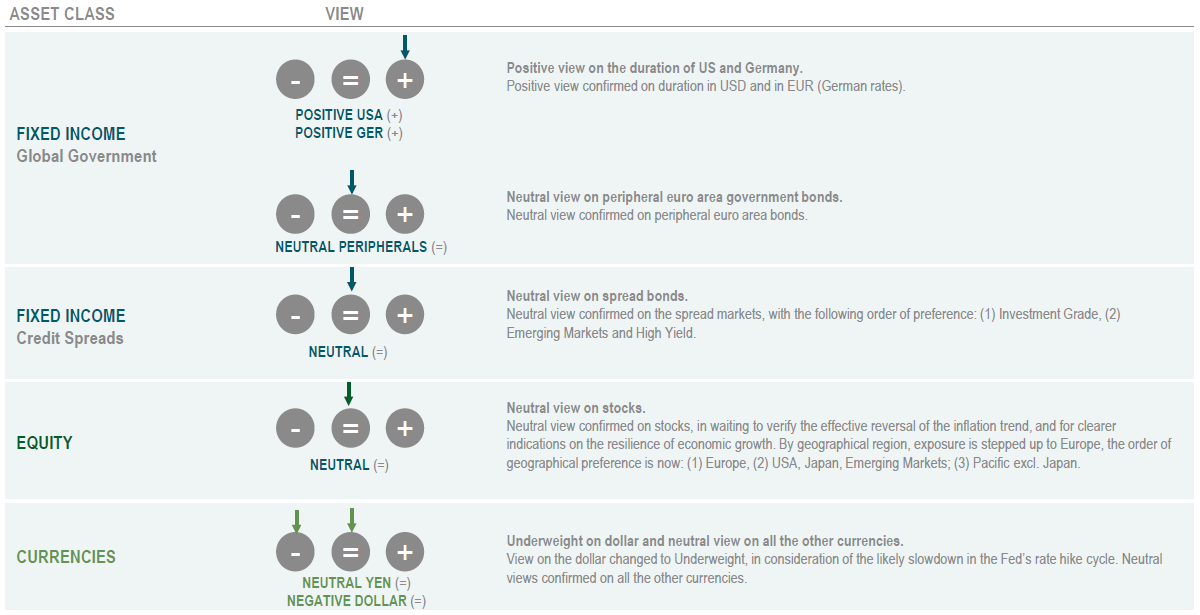 Short-term rates stable in the month, medium and long-term rates on the decline. The core government bond curves are inverted, with the US 2-year yield at 4.5% and the 10-year yield at 3.7%. The corresponding German yields are at 2.15% and 2% respectively.

Spreads are narrowing in the Eurozone (Italy spread: 190 bps) and, from extreme levels, on Investment Grade, High Yield, and Emerging Market bonds. Sharpre bound of stock indices from the lows for the year marked in mid-October.

The US inflation reading at the beginning of November dropped in year-on-year terms and fell short of expectations, exciting the markets with the idea that the inflation flare-up phase may be coming to an end. Should we embrace this view?

Although the principle generally applies that a single data release “doesn’t make a summer”, signals of an easing of inflationary pressures are now rather widespread.

First of all, the resolution of the supply-side bottlenecks that marred production and distribution chains in the synchronized post-Covid reopening phase, now seems complete.

Proof of a return to normal is also offered, for instance, by ocean freight rates to and from China, that have been dropping sharply for several months, and are now close to their 2019 pre-Covid levels, regardless of the strict lockdowns imposed in China in the meantime.

A second element a that supports expectations for a reversal of the inflation trend are commodity price dynamics.

Industrial metals marked a high in March, dropped until July, and have since remained stable, at around 40% lower compared to peak levels. The price of oil marked highs in the 120 dollars-per-barrel area (WTI) in June, and are now 40% lower, at 80 dollars.

Lastly, the price of natural gas has peaked more recently, in September, which is why inflation in Europe is still rising; however, prices have dropped by around 60% from their highs.

Another element of reassurance for the dynamic of US inflation are the signals of a weakening of the real estate market. Housing costs, and rents in particular, old significant weight in the US inflation index.

Until a few weeks ago, the real estate market seemed to proving rather insensitive to interest rates, in terms of home prices. More recently, home prices have been dropping at a faster pace, and should ease pressures on rents.

By fitting all these elements together, we assume a base scenario that contemplates a progressive easing of inflation. The decline will probably not be linear, as economic mechanisms rarely are, and consensus estimates pointing to a drop of inflation to 3% both in the US and in the Eurozone already at the end of next year, could prove overly optimistic.

However, from now on it will be important, and sufficient for market dynamics, to see inflation embark on a downward path, the pace of which will be less important. An excessively swift drop could imply a sharper slowdown of economic activity than forecast, introducing a new element of uncertainty.

In the Untied States, disinflation is already well under way for the non-core components core, more closely tied to commodity prices, and must now extend to the core components, and in particular to the housing and rents items.

In the Eurozone, all components are still on the rise. However, the drop of energy prices should not come at too much of a delay and will trigger a cooling in the other sectors as well.

Given the expected downward trajectory of inflation, the central banks are preparing to slow and then to end the rate hike cycle.

A further 100 bps aggregate rate hike by the first few months of 2023 is on the Fed and ECB agendas, but the bulk of the restriction has been completed.

The idea priced in by Fed Funds futures is that, once the 5% threshold has been reached, the Fed will stay on hold for a few months, then start cutting rates to 3.5% by the end of 2024. This trend implies a soft-landing scenario (or mini recession) for global growth.

This would be a virtuoso scenario, with a return to moderate growth and inflation dynamics, after the turbulent Covid and post-Covid years.

Consensus estimates on economic growth are effectively pricing in this scenario, at close to zero in 2023 and back in positive territory in 2024. The next theme investors will focus on is whether or not a soft-landing scenario will materialise.