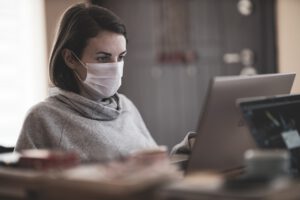 Congress passed the CARES Act in March, and people started getting stimulus checks in April. However, this time lawmakers have wasted almost three months negotiating the second stimulus package. There are many reasons for the lack of a deal so far, such as politics, difference of opinion, different priorities and more. However, one reason that may have also played a part in the lack of a deal on a coronavirus stimulus package and checks is the lack of direct talk between President Donald Trump and House Speaker Nancy Pelosi.

Negotiations on the next stimulus package started in late July, but Trump and Pelosi never spoke to each other directly. In fact, The Hill claims that the two have officially gone a full year without speaking to one another.

Over the past one year, all the conversations between Trump and Pelosi have been taking place through intermediaries. Recently, it has been Treasury Secretary Steven Mnuchin negotiating a deal with Pelosi. Prior to this, it was White House Chief of Staff Mark Meadows.

Pelosi and Trump last had a face-to-face conversation on October 16, 2019. At the time, the two met at a White House meeting over Trump’s decision to withdraw U.S. troops from northern Syria.

The meeting, as many would have expected, didn’t go very well, with the two sides failing to agree if Trump called Pelosi a “third rate” or “third grade” politician. At the time, Pelosi told reporters that “we have to pray for his health.”

The last time Trump and Pelosi were in the same room together was in February at the National Prayer Breakfast. At the time, Trump took a dig at Pelosi, saying he doesn’t like people “who say ‘I pray for you’ when they know that’s not so.”

It’s not that the two haven’t given a thought or asked about talking to each other directly to reach a deal on the coronavirus stimulus package and checks. Pelosi told MSNBC in September that speaking directly with Trump would not be “good use of time” as her “experience with the president has been that it hasn’t been on the level.”

She said at the time that she prefers to speak with Trump’s representatives. She explained that when talking directly, Trump will “say something and then it doesn’t really happen,” and so, “in the interest of time, we’ll work with who he sends over.”

Both Trump and Pelosi may have their own reasons for not talking to each other directly, but the result of them not talking on an important national issue is evident to all. After three months of negotiations, we are still waiting for a deal.

It is possible that a direct talk between Pelosi and Trump may end abruptly, worsening their relationship, but what if the two talk and strike a deal? If this is even slightly possible, then the two should give it a shot.

The post Coronavirus stimulus checks: Can Trump, Pelosi seal a deal if they talk directly? appeared first on ValueWalk.