May 19, 2020 admin
Although housing starts declined significantly, residential construction is considered essential, and starts did not decline as sharply as some other sectors.

Total housing starts in April were below expectations, however revisions to prior months were positive. 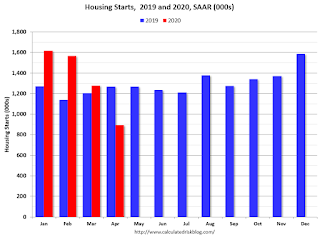 Last year, in 2019, starts picked up in the 2nd half of the year, so the comparisons are easy early in the year.

Starts will be down YoY for at least the next few months due to the impact from COVID-19. 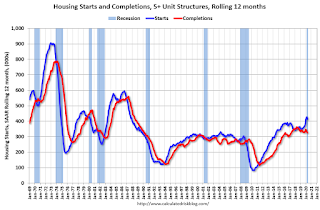 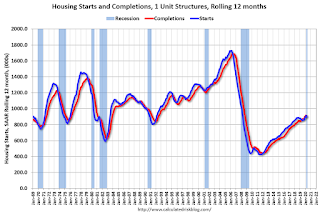