Whitney Tilson’s email to investors warning to beware of Moderna and reports of value‘s death may be greatly exaggerated.

1) Only two months after stocks experienced their sharpest decline in history, they’ve ripped higher. So it’s no surprise that pockets of foolishness are emerging… which my team and I are tracking so we can warn you about things to avoid.

In that spirit, I asked Empire Financial Research Senior Analyst Steve Culbertson to identify some stocks that appear to have soared far above what their fundamentals justify (to be clear, these are not short recommendations). Here’s the first of a series that I’ll be sharing:

Investors have gotten excited about companies developing treatments for COVID-19. Moderna is a high-profile candidate for a vaccine based on its mRNA technology. But many years ago, SARS taught us that coronaviruses, which mutate quickly, pose unique challenges to vaccine developers. What’s more, Moderna faces stiff competition in its pursuit.

Its stock skyrocketed after the company released news of supposed positive results in its Phase I trial. But careful reading showed a limited study with real concerns. Worse, we learned that insiders began selling a lot of stock after it popped.

The only way Moderna can justify its sky-high valuation, exceeding $22 billion, is if it creates a very large and profitable business – perhaps one that rivals GlaxoSmithKline’s (GSK) vaccine division. We think that’s highly unlikely. Shares are down 34% since peaking on May 18, but they could go much lower. Don’t jump in to catch this falling knife.

2) Following up on Friday’s e-mail about how cheap small-cap value stocks have become, here’s another study showing that, based on one measure of price-to-book ratio, value stocks are the cheapest relative to growth stocks that they’ve ever been, going back to 1963: Reports of Value’s Death May Be Greatly Exaggerated. Excerpt:

This table from the study shows that the current 13.3 years of value underperforming growth is both the longest and deepest such period in history: 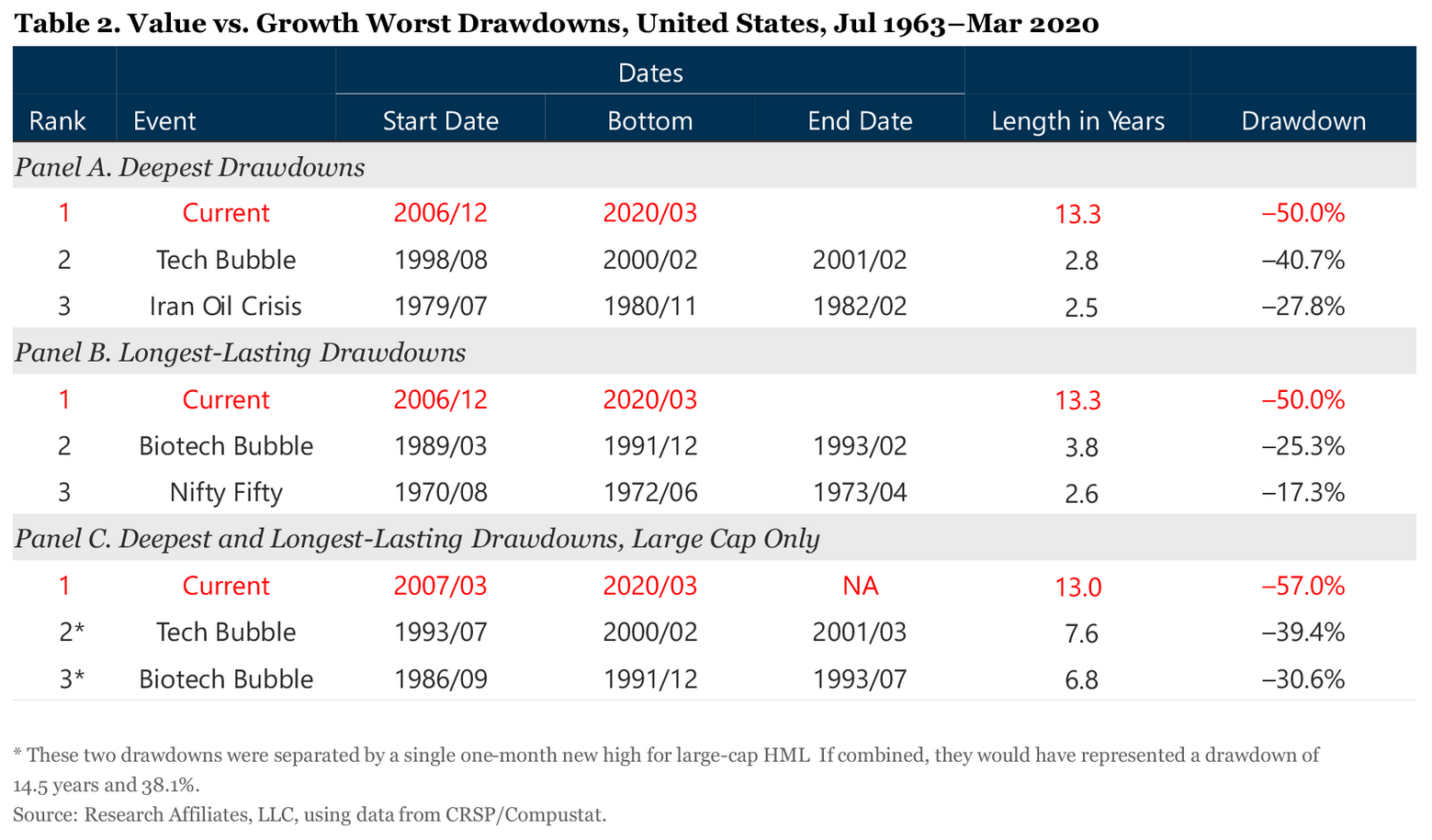