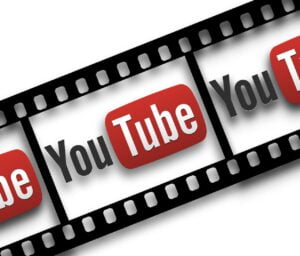 Letter calling for answers on YouTube censorship for China

YouTube has deleted every comment I ever made about the Wumao (五毛), an internet propaganda division of the Chinese Communist Party. Who at Google decided to censor American comments on American videos hosted in America by an American platform that is already banned in China?

The National Review reports that Banks sent the letter to Google on Tuesday asking for an explanation. YouTube is already blocked in China, so the company isn’t censoring to be accepted there. A YouTube spokesperson told the news outlet that they are investigating the issue but that it “appears to be an error in our enforcement systems.”

This is very disturbing. Why is Google/YouTube censoring Americans on behalf of the CCP? This is WRONG & Big Tech is drunk with power. The Sherman Act prohibits abusing monopoly power. DOJ needs to stop this NOW. https://t.co/i96PIpY9de

The National Review obtained a copy of Banks’ letter, which cites reports of Wumao’s influence in boosting the popularity of a mayoral candidate who favors China in Taiwan last year. It also references Google’s Project Dragonfly, which is a censored version of the company’s search engine specifically for the heavily censored Chinese market.

A Google executive told a Senate Judiciary  Committee hearing last year that they stopped working on Project Dragonfly after The Intercept leaked details about it two years ago. Banks wrote that it was his understanding that the search giant abandoned Project Dragonfly due to internal opposition. He also called attention to Google’s Section 230 protections, which keep it from being held liable for posts made by third parties.

“Tech companies claim not to have the resources [to] block this type of speech on their platforms,” he wrote. “Therefore, they shouldn’t be held criminally liable for it. But examples like this one, where American tech companies are utilizing Chinese Communist-style censorship practices dramatically undermine that argument.”

The Verge highlighted two Chinese phrases in particular that were being censored from YouTube comments. Comments using these two phrases are removed within 15 seconds of being posted, which illustrates that it’s an automatic process.

The two phrases in question are the Chinese characters for “communist bandit” and “50-cent party.” However, their English translations and Romanized Pinyin equivalents are not deleted, according to The Verge.

The phrase “50-cent party” is used to refer to Wumao because of an editorial published in the state-run Global Times in 2010. The article claimed that commentators with the agency are paid 50 cents per post to manipulate public opinion in favor of the Chinese Communist Party.

The Verge said the two phrases seem to have been “accidentally” added to YouTube’s filters for comments, which are designed to remove offensive posts and spam automatically. The tech blog found that comments using the two phrases have been deleted since at least October. That’s when the problem was flagged on YouTube’s help forums.