U.S. rail volumes in June weren’t close to where they would have been absent the pandemic, but for the most part they were better than in April and May, so at least they’re heading in the right direction. Whether that continues is, of course, a separate question, but the worst may be behind us.
emphasis added 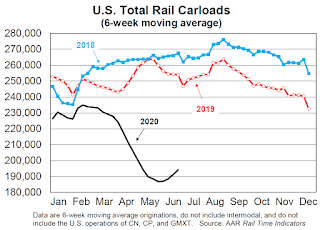 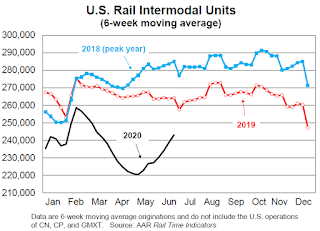 Note that rail traffic was weak prior to the pandemic.