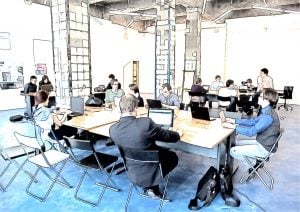 2020 was meant to be the year of a hard-fought Presidential campaign, and the UK departing the EU with an 11-month transition period. Early 2020 GDP projections estimated we would see a slow growth of 2.4% compared with 2019’s 2.5%, with forecasts predicting that 2020 would represent a turning point away from multiple recessions. But, less than three months in to 2020, the world was turned upside down when WHO declared Covid-19 a pandemic of epic proportions – which in five short months has caused catastrophic damage to economies across the globe.

The importance of global stability

Economic stability is partly a matter of avoiding economic and financial crises, large swings in economic activity, high inflation, and excessive volatility in foreign exchange and financial markets. But, with instability comes an increase in uncertainty, which can discourage investment. This has a knock-on effect on economic growth, and therefore increase the cost of living for citizens. As a result of this, less money is put back into the economy, as disposable income is reduced.

Whilst there’s a degree of volatility in most economies, the challenge for policymakers is to minimise this instability, without reducing the economy’s ability to improve living standards. This is achieved in part by rising the living standards through increasing productivity, employment, and sustainable growth.

As countries rely more heavily on each other both in industry and migration, when there is a financial crisis, it affects countries globally as these vulnerabilities spread across sectors and national borders.

The importance of political stability

Political stability has an important role in a country’s economic growth and a stable political environment helps build a coherent and continuous path for sustainable development. But, what does political stability look like? As Covid-19 sweeps from country to country, one thing has become abundantly clear, political stability doesn’t come from one type of political philosophy. The economies of democratic countries are suffering just as much as Communist, Militant, and Autocratic governments.

Political stability therefore, is less about democracy, and more about a firm government. Political instability caused by a change at government level results in a shift in economic policies. It’s this shift that causes fear in investors and businesses and impedes economic growth. With businesses scarce, wages are low compared with living costs, and attention is given to survival rather than education – this lack of education causes a lack of skilled-workers, which leads to longer-term economic instability.

The importance of economic stability

Economic stability ensures stable prices, job creation, and a balance of debtors and creditors. This in turn creates certainty and confidence in an economy, which encourages investment. A country with a lower inflation rate compared with another will see an appreciation in the value of its currency.

However, over the last few months Coronavirus has led to the disruption in manufacturing output, foreign travel, and consumer demand which has had catastrophic repercussions for global economies as supply chains breakdown, and dwindling consumer demand for goods as inflation rises.

The pandemic has caused global uncertainty and decline in travel, as well as people losing income as a result of job loses, with the longevity of this impact still unknown. If it is relatively short-lived, the economy may bounce back quickly. But, if the unrest is prolonged, it could result in a permanent loss of output – and just as Covid is affecting the most vulnerable groups of society, this instability will impact the vulnerable workers too.

The post Why Stability Is Important For Economic Growth appeared first on ValueWalk.