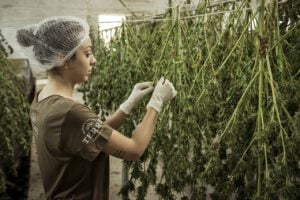 Cannabis Offenders Dying Behind Bars Due To COVID-19

WASHINGTON, D.C. – Politico is reporting, based on an analysis from government watchdog Accountable.US, that the Trump administration approved millions of dollars in federal aid for the cannabis industry in response to the COVID-19 health crisis. Meanwhile, reports are mounting of nonviolent marijuana offenders tragically dying behind bars due to the outbreak despite the administration’s promise to transfer vulnerable, nonviolent inmates to home confinement. Accountable.US is calling on the Trump administration to save lives by making its marijuana policies consistent.

“As the pandemic rages on and puts incarcerated people’s health at heightened risk, the Trump administration must treat nonviolent marijuana offenders facing COVID-19 with the same sense of urgency it has treated federal aid for publicly-traded pot companies,” said Kyle Herrig, president of Accountable.US. “The administration can prevent further harm and tragedy by getting its policies straight and fulfilling its commitment to protect these people’s lives.”

Despite the administration’s claims, only 1.8 percent of federal inmates have been moved to home confinement in the name of reducing the spread of the disease, including former Trump campaign manager Paul Manafort. But while the Trump administration continues to treat marijuana offenders the same as violent criminals in the federal prison system, an analysis of Securities and Exchange Commission filings to date shows the Trump SBA has approved nearly $8 million for at least 11 small businesses related to the marijuana industry under its Paycheck Protection Program (PPP).

What You Need To Know:

Accountable.US is a nonpartisan watchdog group that exposes corruption across all levels of government.