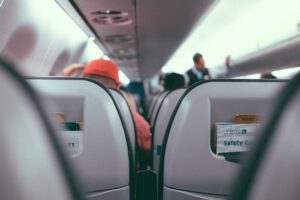 The major indices are all trading higher at midday, thanks to a very strong morning session in the key cyclical sectors. Stocks are set to finish higher for the third day in a row following a less violent night of protests thanks to the encouraging economic releases. U.S. The ADP payrolls number was much better-than-expected in May, only dropping by 2.76 million, giving a huge boost to global risk assets. The measure was well below both last month’s revised reading of -19.6 million and the consensus estimate of -9 million, which is a great sign ahead of Friday’s all-important government jobs report.

The ISM non-manufacturing PM was also a tad above forecast, coming in at 45.4 and as the Italian and Spanish services PMIs beat expectations as well, the global recovery seems to be on track, despite the apocalyptic April. We saw a more than 100,000 jump in the number of COVID cases globally, with Brazil and India reporting the worst numbers, and on another negative note, the diplomatic skirmish between the U.S. and China continues. According to the latest reports, the Trump administration is barring Chinese passenger airlines from entering the U.S. later this month, which could be another blow to the most-exposed firms.

Market breadth has been relatively strong for the third straight session, with advancing issues outnumbering decliners by an over 5-to-1 ratio on the NYSE at midday. Only 2 stock hits new 52-week lows on the NYSE and the Nasdaq, while 86 stocks hit new 52-week highs. The major indices have been trading above their daily VWAPs (Volume-Weighted Average Price) for most of the morning session, pointing to intraday buying pressure. The energy, financial, real estate, and industrial sectors have been the strongest this morning thanks to the bullish economic releases, while healthcare and tech stocks lagged behind, together with the consumer staples sector, so the push to new recovery highs could continue in the afternoon. Stay tuned!