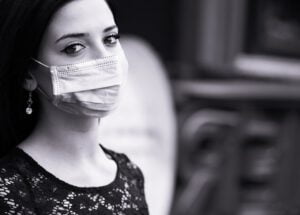 Internal Emails Obtained by Accountable.US Reveal “No Transparency, No Communication” with Colorado Officials by Trump Administration amid COVID-19 Crisis

WASHINGTON, D.C. – Internal emails obtained by government watchdog Accountable.US reveal new instances of chaos and mismanagement by the Trump administration in its communication with states desperate for medical equipment during the first months of the COVID-19 pandemic. The records, procured through the group’s 50 States Open Records Project, include communications between Colorado emergency management and FEMA officials showing the state’s distrust in the White House’s coronavirus model and frustration with the Trump administration’s seizure of in-demand ventilators and N95 masks expected by the state.

“During a crisis, the federal government has a responsibility to support state governments. Unfortunately, all too often during the COVID-19 crisis, the Trump administration has been more of a hindrance than a help,” said Kyle Herrig, president of Accountable.US. “The administration’s poor planning and inadequate communications needlessly caused confusion in Colorado and in states across the country. As cases of COVID-19 continue to rise throughout the nation, Trump needs to focus on protecting American lives.”

The records include details on the state’s fight for PPE including: