June 7, 2022 admin
From the Department of Commerce reported:

The U.S. Census Bureau and the U.S. Bureau of Economic Analysis announced today that the goods and services deficit was $87.1 billion in April, down $20.6 billion from $107.7 billion in March, revised. 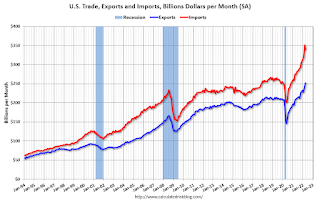 Both imports and exports decreased sharply due to COVID-19, and have now bounced back (imports more than exports), 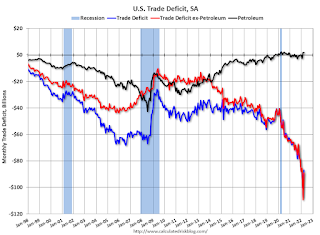 Note that net, imports and exports of petroleum products are close to zero.

The trade deficit with China increased to $30.6 billion in April, from $25.5 billion a year ago.

The trade deficit was smaller than the consensus forecast, and the deficit for March was revised down.