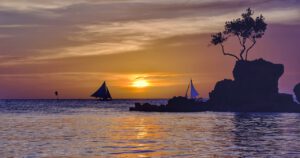 Recently it was reported that treasury bills (T-bills) in the Philippines have decreased below 1% across the board and the downward tendency still continues. The news is important for the economy considering that it’s the record-low policy rate in the country. The reason for this is the high liquidity in the financial system among investors and problems the central bank currently faces which is why the YT-bills may remain unchanged or slightly move.

Now the Bureau of the Treasury (BTr) is going to take some steps to respond to this fall and for this, they plan to offer 20 billion Philippine Peso in T-bills from which P5 billion is for 91-day and 182-day debt papers and P10 billion for the securities for the whole year.

Now investors believe that the trend is going to continue downward movement because of the high domestic liquidity which indicates the ability to pay debt obligations without raising external capital or taking out loans. This is exactly what was predicted by the National Treasurer Rosalia de Leon that expected short-dated securities on the market as the inflation had been growing at a fast pace in the previous month. Probably now the interest rates from the central bank of the Philippines will encourage more demand for short-term debts and this especially applies to the 91-day tenor. Therefore, investors are willing to better the possibilities of economic growth.

Considering the fact that the economic environment in the country is quite uncertain for the given moment, mainly because of the increased number of coronavirus cases,  investors prefer to have shorter tenors. This is why T-bills rates are likely to continue falling slightly. The central bank is going to release the exact schedule of t-bills this week, while bonding auctions are planned for the next month because of the low-interest rates.

Will changes in T-bills affect the Peso?

T-bills or treasury bills are short-term fixed income securities dominated by the peso, the national currency of the Philippines, and several Latin American countries. It is created by the Republic of the Philippines via their Bureau of Treasury. Investors usually receive great benefits by investing in treasury bills because it gives them opportunities to get interested in advance and see profits with a minimum of P500 000.

Policies related to t-bills are usually beneficial for the public and especially, for the brokers who are taking part in the foreign exchange industry. It’s the most common way for the Filipino government to borrow money in the short term which is why most of the time brokers can take advantage of the bill. But now according to forex broker data , a decline in the T-rates can negatively affect the peso.  T-bills are an essential strategy for allowing the public to lend their money to the state government. But as a result, sometimes the exchange rates of Peso tend to fluctuate and now as well, it’s predicted that the peso may become volatile, promising the Filipino traders lots of opportunities.

This month the Bureau of Treasury in the Philippines borrowed P 140 billion from the local debt market and they are going to borrow, even more, making a total of P3 trillion both from the local and foreign sources in 2020. The borrowed money will be used for some spending requirements, as well as for covering the budget deficit. As the government announces, they plan to do the same for the next year and borrow the same amount of funds.

Treasury bills are considered one of the most attractive investments today as they are for the investor. Even though the main advantage of investing in T-bills is safety, it also has some costs. First of all, treasury bills have a fixed rate of interest, which is an important advantage because it means providing a stable income. But it may cause some problems if the interest rates start to rise. When this happens, existing t-bills lose favor, being less attractive compared to the overall market. Therefore, T-bills have an interest rate risk because already existing bondholders might lose on higher rates. However, they haven’t got any default risk at all, and the returns are usually lower than corporate bonds.

To sum up, the main advantage of T-bills is a zero default risk because they have a guarantee from the US government. Also, the minimum investment requirement is as low as $100 and interest income is free from state or local income taxes and investors have the possibility to purchase and sell them easily in the secondary bond market. However, there are many risks as well, such as offering low returns compared to other debt strategies. Also, they can slow down cash flow for investors who would like to have a stable income and there are certain risks related to T-bills interest rate, as it could become less satisfying considering the fact that the rates in today’s environment are rising at a fast pace.

Many things have influence over Filipino t-bill but the prices usually fluctuate the same as other debt securities. Some of the most important factors include monetary policies, macroeconomic conditions, and the overall demand for treasuries compared to supplies. Therefore, in order to realize their plan, the government of the Philippines needs to take everything into account. This is the only way to raise the desired P3 trillion from local and foreign lenders.

The post The Philippines Faces A Major Decrease In T-Bills appeared first on ValueWalk.