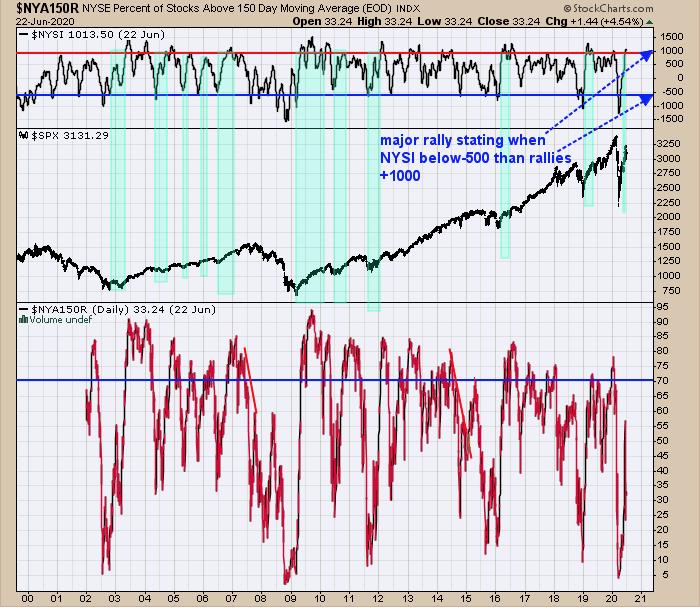 This chart show the times when the NYSE McClellan Summation index reached oversold levels below -500, then rallied to +1000 level. This strong surge of +1500 points in the McClellan Summation index has been a bullish longer-term sign. The light blue area shows when these parameters were met (including the current one from the March low). There can be a 50% retracement in the market, but it’s unlikely that the March 23 low will be tested. July (the third weakest month of the year) is one of the weaker months of the year and if there is going to be a 50% retracement, July could be a candidate.  For the very short term, the June 8 high could be tested. Long the SPX 6/18/20 at 3115.34. 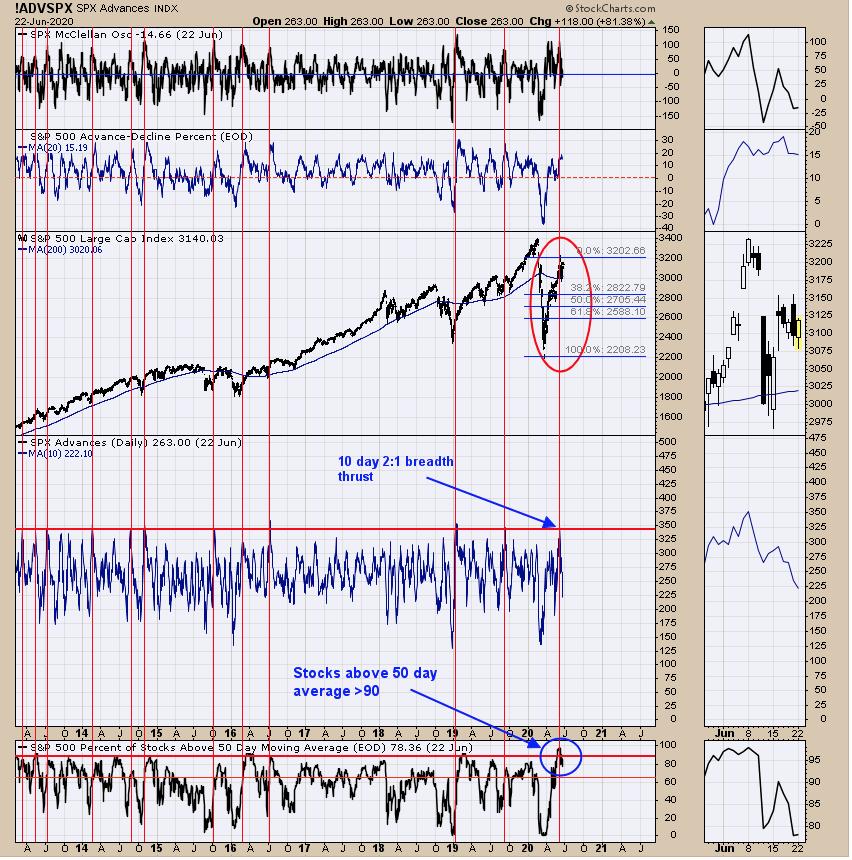 Near the June 8 high, the stocks above the 50-day average hit above 90% and 10-day average 2/1 breadth thrusts were triggered. This combination never came at the final high. The market can consolidate short term, but should see another rally that may break to a new high in the coming months. 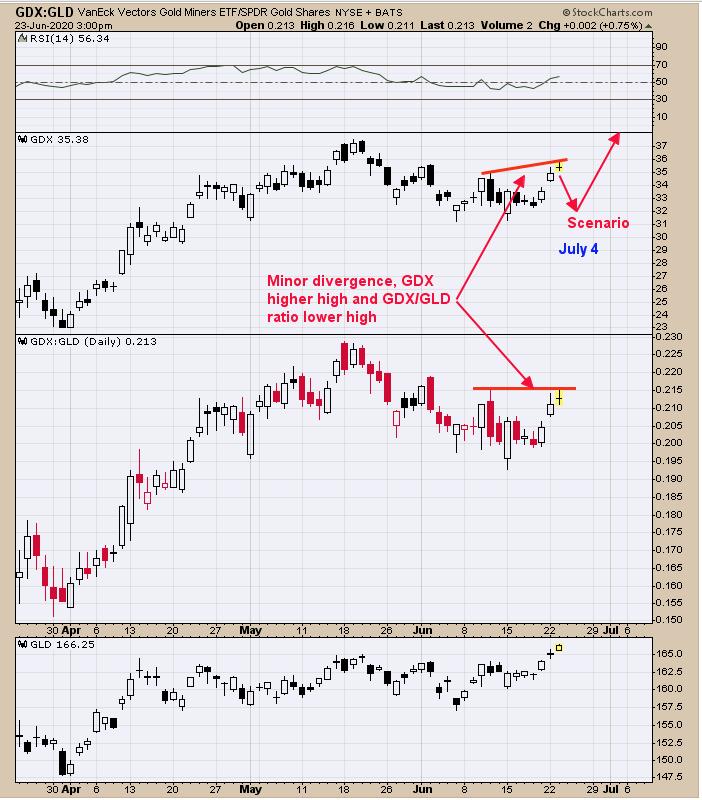 It’s common around the July 4 holiday for markets to reverse. If a market rallies into the July 4 holiday, then that period may mark a short-term high; if the market declines into the period, a low could form. We are thinking the July 4 period for GDX could be a low. GDX has been sideways to down over the last 30 days and this consolidation may continue into the July 4 timeframe.  The middle window above is the GDX/GLD ratio.  We are watching the ratio closely and comparing that to GDX. When GDX/GLD ratio is stronger than GDX, then that condition is usually bullish for GDX and vice versa. Recently, the rally in GDX has been stronger than the rally in GDX/GLD ratio and a bearish sign short term. Looking for the next setup and watching for GDX/GLD ratio to outperform GDX to trigger the next setup. Being patient for now.