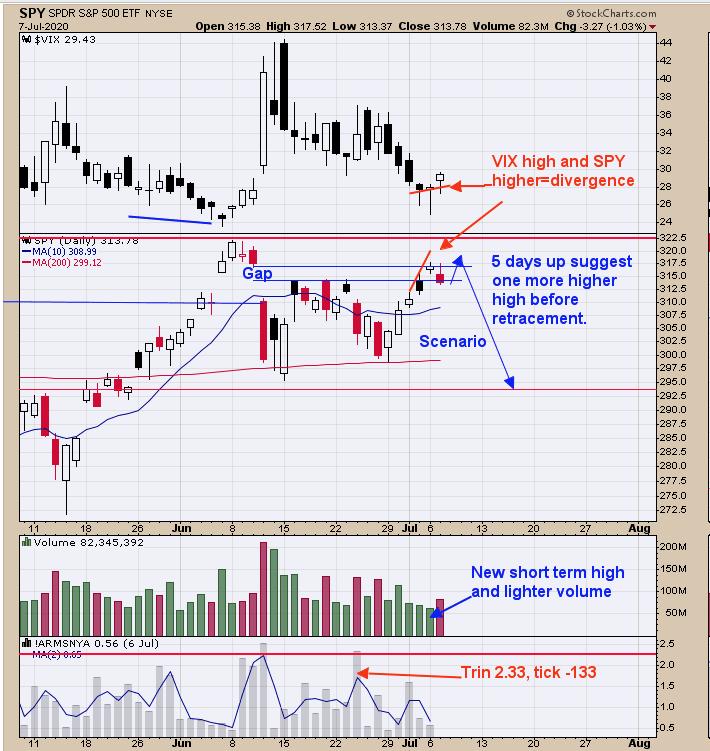 Yesterday, the SPY is higher along with the VIX, which is a short-term divergence. Yesterday’s rally to new short-term highs came on lighter volume, which is another divergence. Going into yesterday, the SPY is up 5 days in a row; that suggests the market will close higher within five days 83% of the time. Also July 8 (tomorrow) has a probability of being higher 78% of the time. A clue that the market has reached short-term exhaustion is when the TICK closes above +700; add that with other divergences and we could end up with a short-term sell signal. Neutral for now. Sold long SPX on 7/2/20 close for a gain of 1.5%. 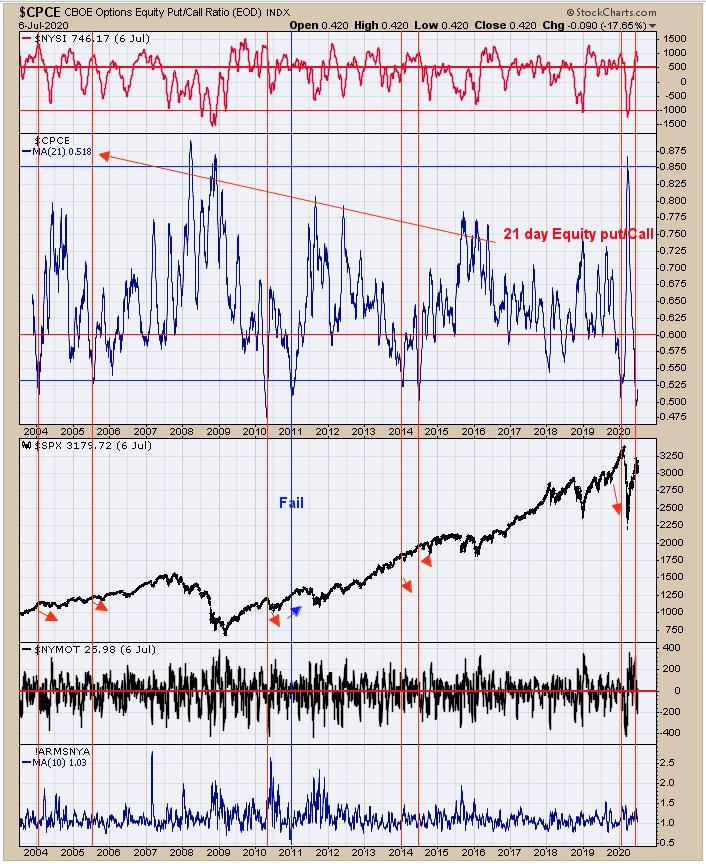 Above is the 21-day average of the equity put/call ratio going back to mid-2003. Readings below .53 have marked worthwhile pullback in the SPX and the current reading is .518. July is the third-worst-performing month of the year and usually a down month. The market was up five days in a row going into yesterday and market usually trades above the fifth high within five days, suggesting yesterday’s high will be at least tested. One clue that market has reached short-term exhaustion and possible a short-term high is when the TICK closes above the +700 range. 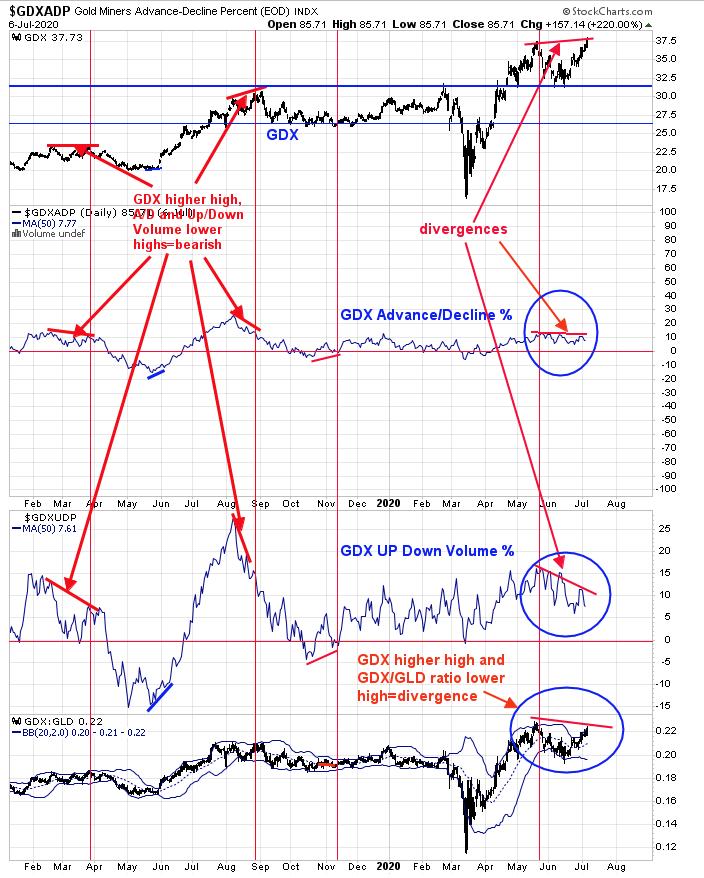 Momentum rules everything. Having said that, GDX closed at a new short-term high today and divergences are present. The bottom window is the GDX/GLD ratio, which closed lower than its previous high = divergence. GDX Advance/Decline percent with 50-day average and GDX Up Down Volume percent with 50 day average both closed lower than their previous high, which is another divergence. We pointed out previous divergences in the chart above and they worked well in the past. Could this time be different? Maybe. The early July cycle for gold usually forms a high and mid-to-late July forms a low. Again, momentum rules everything and we will be watching closely to see if current momentum will be lasting. Being patient for now.