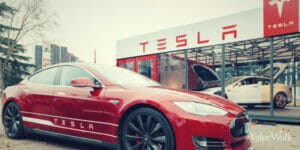 Tesla (NASDAQ:TSLA) shares are sliding and there is no one simple answer. The stock split that took effect in August is still weighing on the stock, for one thing, and there are several other headwinds for the market to bear as well. Among them is reports from Bloomberg that Tesla will cut production at its Shanghai plant by 20% in December.

The production cut is noted as the first-ever voluntary cut made by Tesla and is due to a lack of demand. It’s not that there is no demand but that demand in domestic and Chinese markets for the Model 3 and Model Y (which are made in Shanghai) is not what the company was expecting.

The takeaway is that Chinese support for EV markets is fading and there is a risk of the same in the US. The Chinese subsidy for EV purchases ends at the end of December which is spurring a lot of activity in 2022. Tesla’s sales in calendar Q4 could be above expectation due to this phenomenon but the plan to cut production suggests strength is not expected to last.

In the words of Ursula von der Leyen, president of the European Commission, “There is a risk that the Inflation Reduction Act could lead to unfair competition, could close markets and fragment critical supply chains.

We must take action to rebalance the playing field… to improve our state aid frameworks. In other words: We need to do our homework in Europe and at the same time work with the U.S. to mitigate competitive disadvantages.”

Delivery Of The First Semi’s No Catalyst

Tesla recently announced the delivery of the first Semi which turned out to be no catalyst at all. The Semi is an all-electric class 8 long-haul truck that features 3 motors and is expected to deliver up to $70,000 in fuel savings per vehicle annually depending on the cost of electricity.

The first trucks, which was well telegraphed, went to Pepsico which is going to use them in a zero-emissions project at a Frito-Lay facility in California. The takeaway here is the market had already priced in the deliveries. If Pepsico turns around and orders another couple of hundred Semi’s then Tesla stock might get moving again.

The analysts were not impressed by any of the recent Tesla news to alter their sentiment or price targets but there are some interesting details in the data. To begin, the 36 analysts with ratings on the stock have it pegged at a Strong Hold verging on Buy and the sentiment is trending higher.

The most recent upgrade came from Citigroup which upped the stock to Neutral from Sell and raised the price target from $144 to $176 compared to the consensus of $278. The consensus, by the way, is expecting about 50% of upside for the stock.

The Technical Outlook: Tesla Is Bottoming

The price action in Tesla is under pressure but the charts show the stock is bottoming. The price action is tracing out a Heady & Shoulders Reversal Pattern that could result in upward movement but will result in a trend change to sideways at least. Longer term, investors might expect to see Tesla consolidate and build a base at this level before moving higher once again.