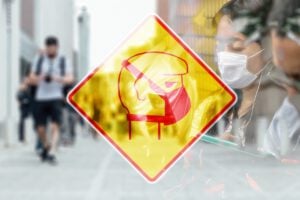 Millions of Americans have received up to $1,200 of Economic Impact Payments (EIPs) as part of the CARES Act. The funds were given to help people meet their needs amid the coronavirus pandemic. It’s been over two months since the CARES Act was turned into law, and now talks are ongoing over the need of further financial support, or a second coronavirus stimulus package. Several proposals have been floated, but the most popular so far is the HEROES Act.

HEROES Act: How much will you get?

The Democrat-backed HEROES Act, in its current form, is a $3 trillion package, which has already been passed by the House of Representatives in mid-May. The U.S. Senate, however, has still not indicated when it will debate the HEROES Act.

Though it is uncertain whether or not the HEROES Act will become law, many would still be interested in knowing how much they would get if the HEROES Act were to be passed in its current form.

Similar to the CARES Act, the new proposal would also pay $1,200 to people with annual income below $75,000 a year. Those earning up to $99,000 annually will get a check of a lower amount depending on their income. Married couples who file jointly and with combined annual income below $150,000 would get $2,400.

However, the HEROES Act promises more for dependents. Under the CARES Act, households received $500 for every child aged 16 or under. The HEROES Act pushes this payment to $1,200 each for a maximum of three dependents. This means a household can get a maximum payment of up to $6,000 under the new proposal.

If you want the exact calculation of how much you would get under the HEROES Act based on your annual income, then you can use this OMNI Calculator. “This calculator is based on the HEROES Act, which is a proposed second round of stimulus checks. It was passed by The House of Representatives on May 16, 2020,” the website reads.

HEROES Act: how it’s different from the CARES Act?

Apart from the money for dependents, there are several other differences between the CARES and HEROES Act. Under the HEROES Act, immigrants would retroactively get the $1,200 payment, which they were denied under the CARES Act.

The HEROES Act changes the requirement regarding a valid Social Security number (SSN). Some dependent immigrants don’t have SSNs yet, and thus, they missed out on the payment under the CARES Act.

Further, the HEROES Act would also set aside $200 billion for Hazard Pay. The HEROES Act also extends the federal unemployment benefits, including the $600 weekly payment, through January 31, 2021.

Also, full-time students below the age of 24 will be eligible to get payments as dependents. Additionally, it would benefit those with a student loan as well. Under the CARES Act, the interest and payments for most federal student loans were suspended through September 30, 2020. Interest will not accrue during the period as well.

The HEROES Act extends this benefit for a another year, i.e. through September 30, 2021. Moreover, the proposal extends benefits to all federal student loans, including those with Federal Perkins Loans and some other loans.

Additionally, the proposal also plans to give direct emergency cash payments to cash-strapped students. The benefit would extend to almost all students, including undocumented immigrant students, DACA students and international students.

Second coronavirus stimulus package: when to expect it?

Even though several polls say that Americans need another stimulus support, it would be very difficult to get the HEROES Act passed through the GOP-controlled Senate. In fact, any fresh coronavirus relief package may take some time to get approval.

“You could anticipate the decision being made on whether to go forward [with a stimulus bill] in about a month,” Senate Majority Leader Mitch McConnell, said last week,

Then, earlier this week, Republican Senator Roy Blunt added: “My personal belief is we will do something before the August break – that’s about the right timing.”

So, it could be safe to assume that there won’t be a second coronavirus stimulus package this month. For those hoping to receive money, the best-case scenario is late July or early August, while the worst-case scenario would be the money going out in early fall.