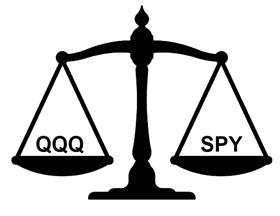 We all know that many stocks in the Nasdaq 100 ETF (QQQ) are also part of the S&P 500 SPDR (SPY). In addition, it is clear that these QQQ stocks affect the performance of SPY. But how much exactly? Today we will answer that question and compare performance for these two ETFs.

The chart below shows two year performance for SPY and QQQ in the top window and the QQQ:SPY ratio in the middle window. QQQ and SPY were neck-in-neck in October 2019, but QQQ broke away soon thereafter and seriously outperformed SPY the last six months. We can see the QQQ:SPY ratio turning up sharply in December and hitting new highs in May. 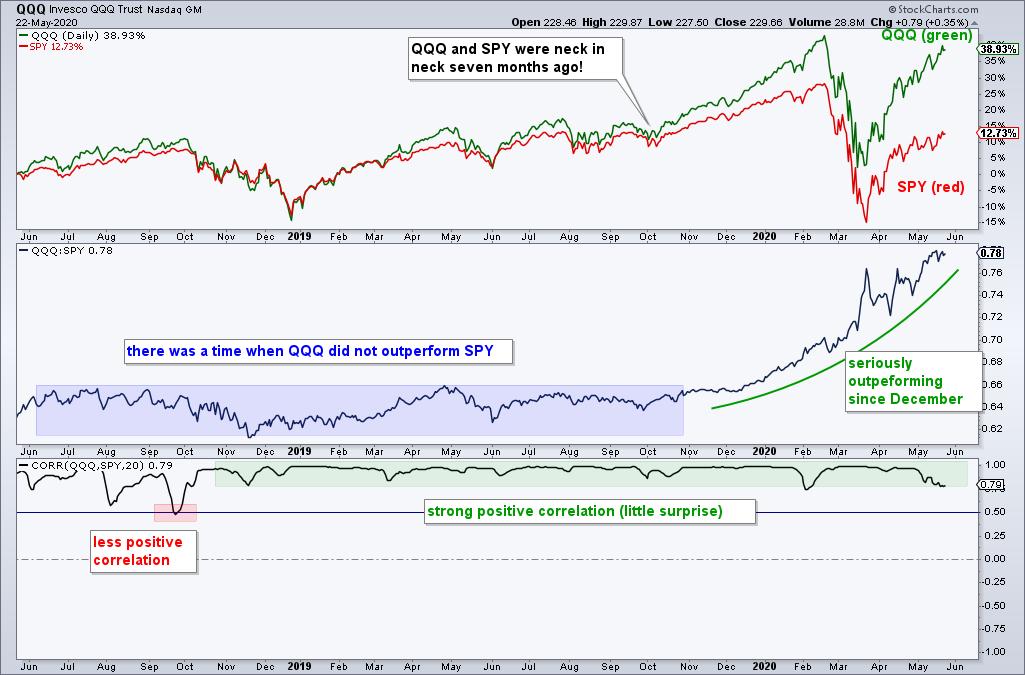 The bottom window shows the correlation coefficient holding above .70 since October 2018. In fact, this indicator has not dipped below .50 since September 2018. This is hardly surprising considering the influence of QQQ stocks on SPY.

QQQ is leading the market and very close to a 52-week high. This is a major positive for SPY because of their component overlap. I went through their component lists and found the following:

Note that these weightings change over time. For example, in March 2019 these four stocks accounted for 37.2% of QQQ and 13.76% of SPY. Their influence has grown along with their market cap and they are more influential than ever.

TrendInvestorPro.com follows QQQ, SPY and 58 other ETFs as part of a core ETF List on a regular basis. Subscribe today and receive our Master ETF ChartList and the Essential Breadth Indicator ChartList as bonuses. You will also get immediate access to the: weekly ETF report, ETF ranking tables, market timing models, weekend video and more.