May 29, 2020 admin
The BEA released the Personal Income and Outlays report for April: 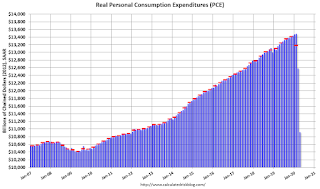 The dashed red lines are the quarterly levels for real PCE.

Note that core PCE inflation was below expectations.