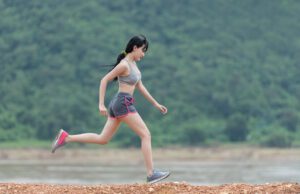 Only Biological Girls Can Compete in Girls’ Sports – Ruling; Decision Could Impact Other Sports, and Many Other Situations

WASHINGTON, D.C. (May 29, 2020) – President Abraham Lincoln was famous for asking: “if you call a tail a leg, how many legs has a dog? The answer he provided was obvious: the answer is four “because calling a tail a leg doesn’t make it a leg.”

That’s basically the position the Education Department’s Office of Civil Rights [OCR] took in ruling that an anatomical male is still a male and not a female even if the person claims to be feminine, notes public interest law professor John Banzhaf, who has supported the rights of transgender students.

More specially, the OCR ruled that permitting anatomical males to compete on teams and in athletic competitions open only to females is illegal because it violates Title IX – a federal law passed largely to protect the rights of females – which prohibits discrimination based upon sex.

By permitting M2F transgender students to compete on female track teams, the policy of the Connecticut Interscholastic Athletic Conference and the Glastonbury school board “denied female student-athletes athletic benefits and opportunities, including advancing to the finals in events, higher level competitions, awards, medals, recognition, and the possibility of greater visibility to colleges and other benefits,” the OCR ruled.

If the discrimination is not promptly remedied, the OCR said, it would then begin the process of suspending, terminating or refusing to grant financial assistance to the association and the districts, or refer the cases to the Justice Department for further action.

If this ruling, and the federal policy it represents, is applied more widely, it could impact virtually all sports, at levels from grade schools to colleges.  It could also impact transgender students in other areas of their lives, including the use of restrooms.

Protecting The Rights Of All Students

Banzhaf has developed the legal justification for at least two methods of protecting the rights of all transgender students – M2F as well as F2M – not to be forced to use restrooms which are contrary to their perceived sexual identify.

One of them, turning previously all-male multi-user restrooms into all-gender multi-user restrooms, has already been tested in Banzhaf’s own law school, and the experiment is working very well, says Banzhaf, who has won over 100 cases challenging sex discrimination against women.

The post Only Biological Girls Can Compete in Girls’ Sports – Ruling appeared first on ValueWalk.