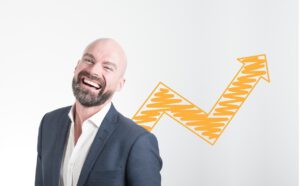 The major indices are all trading significantly higher at midday thanks to the strongest government jobs report on record. While the Nasdaq has been clearly lagging behind the other benchmarks, the vast majority of stocks are sporting lofty gains, and the Dow and the S&P 500 are well on track for their best day since mid-May, hitting their highest levels in three months. Non-farm payrolls rose by 2.5 million, beating the consensus estimate by a whopping 10 million jobs, even more than Wednesday’s blowout ADP payrolls number, suggesting that most of the COVID-related job losses could prove temporary.

The unemployment rate was also well below the forecast of 19.4%, coming in at 13.3%, and even though hourly earnings declined by 1%, the jobs report was one of the most bullish ever, considering the circumstances. Besides stocks, Treasury yields also surged higher in the wake of the report and even though the global COVID numbers continue to be grim, the global risk rally is well and alive. Growth-sensitive commodities, such as crude oil and copper hit multi-month highs as well in early trading, together with the main overseas stock indices.

Market breadth has been very strong this morning, as it was the case throughout the week, with advancing issues outnumbering decliners by a 10-to-1 ratio on the NYSE at midday. No stocks hit new 52-week lows on the NYSE and the Nasdaq, while 87 stocks hit new 52-week highs. The major indices have been trading above their daily VWAPs (Volume-Weighted Average Price) for most of the morning session, pointing to intraday buying pressure. The key cyclical sectors skyrocketed in early trading thanks to the biggest non-farm payrolls increase in history, with energy-related issues, industrials, and financials gaining the most ground, and the traditionally defensive sectors and tech stocks have been lagging behind the broader market, continuing this week’s trend. Stay tuned!