U.S. crude oil continues to rise after a pullback late last week to around the mid-$90s per barrel. However, the price is hitting short-term resistance around $109-$110 for the time being.

Over the last four days, the USO oil ETF also rebounded strongly after the correction late last week and has made a series of higher lows. Furthermore, it crossed back over the 50-day moving average. USO also held a critical weekly moving average and, most importantly, a 6-year monthly historical moving average, making this a significant higher bottom.

According to sources quoted by Reuters, OPEC+ is reducing their 2022 market surplus this week from 1.4 million BPD (barrel per day) to 1 million BPD. 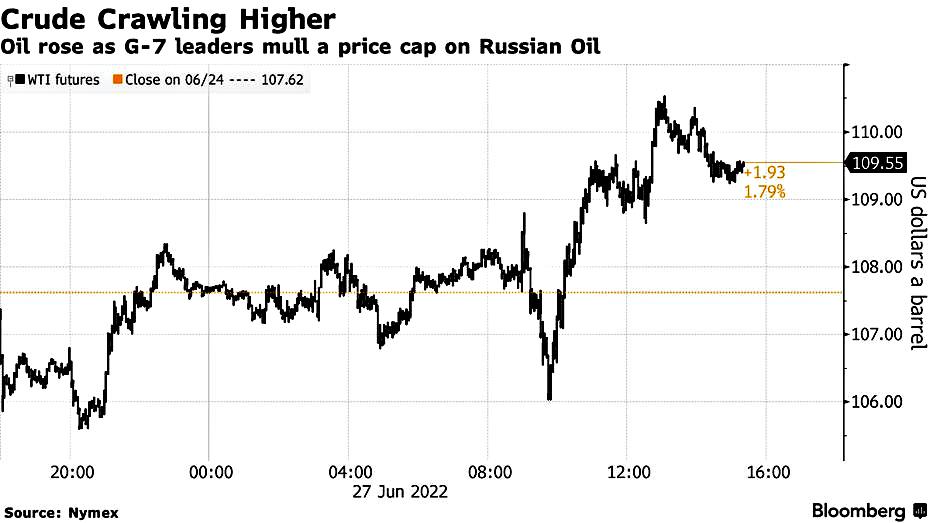 The Russian invasion of Ukraine continues to hang over the price of oil, and this will not change anytime soon. War is inflationary by almost all historical accounts. The Group of Seven is meeting to bring more global supply online, but geopolitical concerns in Libya and Iran remain constant and Russian sanctions stay in place, leaving only India and China as potential recipients of Russian oil.

Additionally, U.S. Shale oil producers are trying to “re-frac” as a cheap way to add output to existing pipelines. Re-fracs do not require additional permits or negotiations with landowners. The net number of barrels per day to be added is still unknown.

At MarketGauge, we are aware that the price of oil is rising for several reasons, chief among them being the persistent demand and limited global supply. We are in a stagflationary environment of lower economic growth and high-interest rates. Oil price is only one of several variables affecting the world economy and global inflation worries.

As I wrote about last week, Powell admitted in Congressional testimony there is little the Fed can do to control the cost of food or the price of oil due to the supply constraints due to the Ukraine invasion. However, the Fed’s attempt to reduce oil consumption by slowing down the economy and increasing interest rates—or, to put it another way, by getting people to drive less—is a recipe for an eventual “hard landing.”

Raising interest rates might stifle demand, but the energy problem is one of supply, so raising rates may cause people to drive less, but it will not get to the root cause of the inflation. The renewable transition is, by nature, inflationary, so it’s hard to see gas prices not continuing to climb anytime in the foreseeable future.

People are still driving but biting the bullet and paying high gas prices, while some must utilize credit and savings to finance their work commute. Upper middle class and wealthier individuals continue to fly and travel, airlines have record reservations, and vacationers continue to pay for pent-up vacations, like luxury Caribbean cruises.

Things I am Watching