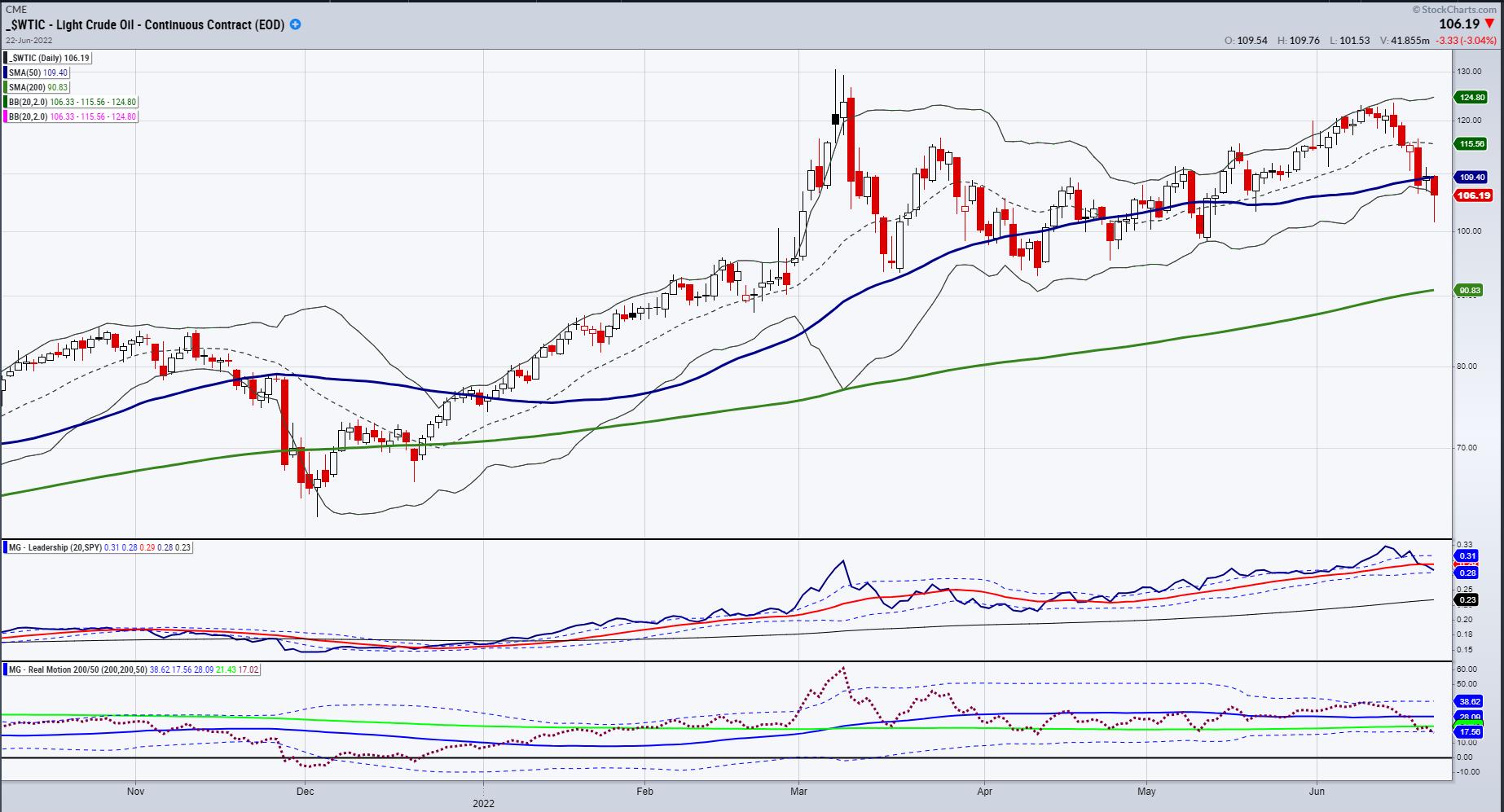 To be clear, the economy is not currently in recession. There remains roughly $2.5 trillion in excess savings and a robust labor market, although that might be changing. Furthermore, fixed business investment is still strong and continues to bolster the economy.

But rising retail inventories and soaring domestic costs are impeding the ability of firms and households to sustain future growth. In addition, a potent mix of domestic economic developments and international geopolitical tensions have created economic turmoil. Do all these factors, along with the comments Powell made during the congressional hearing, point to an inevitable recession?

As mentioned in yesterday’s daily, keeping eyes on the Transportation sector (IYT) was the way to ascertain whether or not to follow the early part of the day’s rally. Since the indices ultimately closed in the red while IYT never cleared the 200-WMA, that advice at this point is prescient. Transportation, as the ultimate demand indicator, could also help us determine the fate of recession.

One X factor in the narrative on inflation, stagflation and recession is the price of oil and where that might go. West Crude fell nearly 4% to trade at around $106 per barrel. Powell had a lot of tough questions to answer, considering the national gas price average hovers around $5 a gallon, plus the demand in the housing market is dropping.

Senator Elizabeth Warren mentioned how gas prices have increased 30% since Russia’s invasion of Ukraine. She asked Powell if the Fed’s interest rate increases will decrease national gas price averages and Powell said, “I would not think so, no.” He also conceded that the Fed will not do much to reduce food costs; as we have talked about a lot, supply side and war inflation is not resolved with higher rates.

He acknowledged the risk of recession. “It’s certainly a possibility, and the events of the last few months around the world have made it more difficult.”

Back to oil and whether it will create recession or worse stagflation. We remain in the stagflation camp partly because Powell admits the FED cannot control the price of oil. Moreover, Biden and his proposed tax holiday will most likely spur oil demand. With oil reserves already low, it might just accomplish the exact opposite of this intention–more oil inflation.

So where does that leave recession? On the table. GDP is coming up and the textbook definition is two quarters of declining GDP. Textbook. However, because we already know that inflation will prevail in food and oil, a footnote to the textbook still appears to be more accurately labeled stagflation.

It’s a mess either way you slice or dice it.