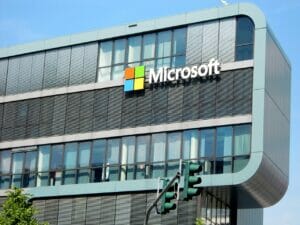 The S&P 500 index is up 15% from the lows of last month. This means that investors have a lot to be happy about going into Thanksgiving week, especially given how bleak things have looked at various times in recent months.

Some signs of inflation slowing have started to appear (we’re not seeing quite the same risk-off sentiment as we did in October) and thoughts have turned toward which long-term buys look best.

Microsoft Co. (NASDAQ:MSFT) stays on the list. After bouncing off long-term support earlier this month, Microsoft shares have popped just as much as the broader S&P 500 so investors can breathe a little easier. For those of us in the bull camp, the worst-case scenario looks less likely to happen, but it’s still generally priced into Microsoft shares.

Just a few weeks ago, Microsoft topped analyst expectations on both revenue and earnings in its fiscal Q1 report. Even with that beat and optimistic outlook from leadership, shares stayed weak and just started to rally in the week afterwards.

This kind of price action actually lends credence to the argument that there’s a bullish re-pricing of the stock currently in progress. CFO Amy Hood has made a point of saying that she expects the company’s full-year revenue to continue showing “double-digit” growth year-over-year (YOY), even though near-term headwinds remain.

For the most part, these have taken the form of an ongoing drop in personal computer sales and unfavorable FX conditions, but even then, “healthy growth” from the company’s Microsoft Cloud service offerings will likely keep offsetting it.

The former include more temporary pain points, while the latter is seen as more longer-term strength. As is evident from the recent rally in Microsoft shares and the broader equity market, macroeconomic drivers remain in play.

The red hot inflation prints and the Fed’s efforts to cool them have done so much damage to stocks in general and tech names in particular. On this day last year, Microsoft shares tagged an all time high at just under $350. They’re still down 30%, and for those of us buying into the recovery story, that’s a natural target to aim for.

Recent comments from the sell-side heavyweights lend weight to the long opportunity. Phil Winslow and his team at Credit Suisse have called for an “outperform” rating in recent weeks and positioned the negative impact of the currently elevated optimization cycle as temporary.

It’s against this backdrop that we’re seeing investors starting to get involved with Microsoft shares, with building momentum. The stock’s MACD has had a bullish crossover and is in positive territory, with the underlying RSI also trending higher.

In addition, Microsoft’s planned acquisition of Activision Blizzard Inc. (NASDAQ:ATVI) advances all the time. The company’s portfolio will look more robust than ever with the video game maker in it and will cement its position in one of the hottest markets out there.

For context, the video game industry should hit revenues of over $200 billion by 2025 and Activision’s ever popular “Call of Duty” series will be a welcome revenue stream to Microsoft’s balance sheet.

In the near term, investors should be mindful of the fact that we’re still in a tightening cycle — the Fed could give us another nasty surprise. If we can get a few more CPI readings that point to cooling inflation, the market’s mindset will quickly turn from being on the defensive toward the offensive.

In that context, it’s unlikely that tech behemoths like Microsoft won’t trade at 30% discounts from all-time highs for very long.

Should you invest $1,000 in Microsoft right now?

Before you consider Microsoft, you’ll want to hear this.

MarketBeat keeps track of Wall Street’s top-rated and best performing research analysts and the stocks they recommend to their clients on a daily basis. MarketBeat has identified the five stocks that top analysts are quietly whispering to their clients to buy now before the broader market catches on… and Microsoft wasn’t on the list.

While Microsoft currently has a “Moderate Buy” rating among analysts, top-rated analysts believe these five stocks are better buys.