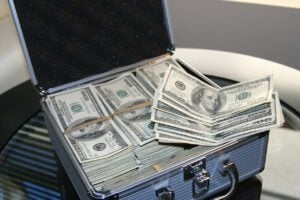 Among the latest recipients is LiquidPiston, which took home over $320,000 in PPP money after crowdfunding over a million dollars in capital in “just nine hours” earlier this year. Sequential Brands Group, Inc. secured a nearly $770,000 loan after paying its executives $5.6 million last year. While the PPP program is designed to help small businesses impacted by the health crisis, Cleanspark Inc. received a $530,000 loan after reporting $26.1 million in losses last year, and  Persistent Co. reportedly laid off half its workers in 2019; they join numerous other large companies that received PPP loans that were having ‘financial issues’ before the coronavirus outbreak.

“Small businesses continue to shutter by the thousands every week. Their employees join the tens of millions of American workers who find themselves in dire straits because of this public health crisis. But you wouldn’t know it by the President’s tweets that haven’t mentioned small businesses in days. You wouldn’t know it by his administration’s insistence on protecting the bottom line of publicly traded companies before saving mom and pops on the brink of bankruptcy,” said Jeremy Funk, spokesman for Accountable.US.

Among The Latest Publicly-Traded PPP Recipients:

The post LiquidPiston And 13 Others Join PPP Recipient Club appeared first on ValueWalk.