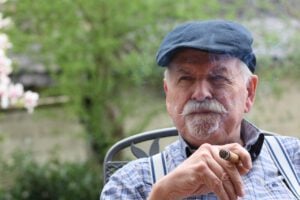 Inflation in the United States has been hovering at or near a 40-year high in recent months, and the entire country seems to be feeling the squeeze of rising prices, regardless of income level.

Understandably, American consumers have questions and concerns. First, as the value of the dollar decreases, which lifestyle adjustments can be made to compensate for the loss in buying power?

Second, won’t somebody do something?

This year, the Federal Reserve has taken action by raising interest rates several times in an effort to curb spending and cut demand, ideally forcing the price of goods down, or at the very least, leading them to stagnate.

But lately, the Fed has been criticized by experts worried that their actions may not be having the desired effect, and instead may be bringing on a recession.

So, what other actions can the government take to protect people from inflation? For retirees and those collecting Social Security benefits, the Social Security Administration implements an annual cost-of-living adjustment, or COLA.

Big Raise In The COLA

The COLA in 2023 will be 8.7% – the highest increase in 40 years. The SSA introduced a COLA in 1975 to counter inflation for Social Security. Social Security beneficiaries, which include individuals who have reached at least the age of 62 or have qualifying disabilities, can receive an increase in their benefit based on the Bureau of Labor Statistics’ Consumer Price Index for Urban Wage Earners and Clerical Workers, or the CPI-W.

For example, at the beginning of this year, Social Security beneficiaries may have noticed their checks increased by 5.9%. That addition didn’t happen by chance or because of a missed decimal point in the accounting department. It was a carefully constructed adjustment based on 2021’s inflation rate of 7%, ideally giving those living on fixed income an offset against rising costs.

Retiring isn’t easy, and there’s a reason workers open IRAs and employer-sponsored retirement accounts such as 401(k)s early in their careers to begin building for the future. Retirement comes with a great deal of financial risk, and one of the biggest contributors to that risk is inflation.

Though a proper financial plan accounts for inflation, it can be difficult to foresee spikes such as those seen in 2021 and 2022, potentially upsetting expectations of how long your money will last.

Though imperfect, the COLA can offer retirees an increase in a key source of retirement income, hopefully offsetting the compounding effect of inflation that can occur over the course of decades.

Though an increase in your Social Security check might sound entirely positive, there are drawbacks to COLA and the problems it aims to correct. The COLA is intended to cover the difference between the current and previous year’s costs of living, but it is possible that the extra money in your benefit will only partly cover your increased living expenses.

The calculations used by Social Security to compute the COLA are not necessarily aligned with overall inflation, thus it’s possible for prices to rise faster than Social Security’s adjustment.

While not completely reflective of each other, the COLA and inflation do correlate, but inflation is currently outpacing wages. In fact, in 2021, wages and salaries actually saw a 3.5% drop after adjusting for rising prices.

As dependable and helpful as Social Security and a COLA can be to a retiree, inflation can be fickle and, as recent times indicate, difficult to control.

Therefore, developing the right financial plan can be the difference between having adequate funds for your desired lifestyle or running out of money. Social Security is only one income stream, and backup plans with alternative sources of income are vital.

Benjamin J. Koval is president and founder of SoundPath Retirement Strategies. He is an MBA, a Certified Financial Planner

, and an Investment Advisor Representative (IAR) holding a Series 65 license. Koval is also a Washington state-licensed life insurance producer. He earned his MBA and BS in business administration from the University of Nevada, Reno.