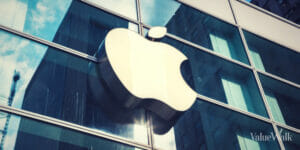 If 2021 was the year of FAANG, then 2022 has been the year of bang. Some of the highest-flying and seemingly gravity-resistant stocks of the past few years have been found to be quite heavy once low-interest rates are removed. Apple (NASDAQ:AAPL) for example dropped as much as 30% from last year’s all-time high, Amazon (NASDAQ:AMZN) fell 55% and Meta (NASDAQ:META) fell almost 80%.

It’s been a year of tough lessons for many on Wall Street, with the latter two, in particular, causing pain as they traded back at pre-pandemic levels.

But with the Fed after signaling that perhaps the pace of interest rate increases might slow, and with recent CPI prints also pointing to a cooling of price increases, it’s not a bad time to once again size up the long-side opportunity.

For those of us who managed to get through the year relatively unscathed and who feel our appetite for risk starting to gnaw once again, you don’t have to look much further than two of the better-performing FAANG alumni.

By far the best-performing of that group, Apple shares are currently only trading off last year’s all-time high of $183 by some 20%. You’d have been forgiven for thinking that as a high-priced consumer product business they’d have been among the most vulnerable to a rising interest rate cycle, where consumers tighten their belts and cut expenditure. Not so for the king of the smartphone.

Their most recent earnings report from October set a number of records, noticeably that the active installed base of devices reached an all-time high for all major product categories for the first. In doing so, all but one of their six core revenue engines outperformed the same quarter last year, suggesting that Apple effectively maintained, if not accelerated, its revenue momentum this year.

Concerns from the recent Black Friday weekend that suggested a drop in their iPhone inventory, related to the ongoing supply chain issues out of China, have been largely brushed aside. Looking at their chart, it’s clear the stock has been setting higher lows since June.

This, coupled with the tightening range that shares are trading in, suggests there could easily be a decisive breakout into the new year, most likely to the upside. Bullish reports after holiday season sales and any positive developments around Chinese manufacturing output would go a long way to confirming this.

The stock they thought could never fall. For a long time after the pandemic struck, investors must have thought that Amazon shares would never again trade below $100. Aside from some sideways trading in 2014 and 2019, they’d been effectively unstoppable for the better part of a decade. But they’re currently a poor day’s trading away from setting fresh lows and deepening the drop into pre-pandemic double-digit prices.

Unlike Apple, which did more than just tread water in the past year, Amazon actually lost ground on a year-over-year basis in their most recent earnings. Management at the time also forecasted a further slowdown in sales which has done much to send the stock down to where it is. But hope springs eternal, and there are reasons to be optimistic, specifically with the technicals.

Amazon’s shares are currently trading along a long-term support line which was in play several times from 2018 through 2020. Short of a catastrophic Q4 report following the holidays, you have to be thinking that the worst-case fundamental scenario is pretty much priced into Amazon shares right now.

And if they were to pick a point at which to draw a line in the sand, this ain’t a bad spot. Their high-margin AWS business is the fastest growing of all the segments, and a wider market rally into the new year would do much to confirm the recovery potential.

Many investors who buy penny stocks do so knowing that they’re placing a speculative bet. This means they’re willing to hold on to the stock even when fundamental and technical trends are working against them.  But, depending on your position, there are times when it’s best to sell some shares even if you have to take a loss and try again another day.

We’re looking at seven penny stocks that investors should sell now. Each has market forces that suggest the stock price still has room to go down. That means selling today can help you get a better price in the future.