U.S. hotel performance data for the week ending 18 July showed slightly higher occupancy and room rates from the previous week, according to STR. 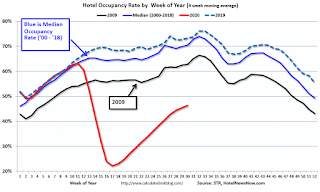