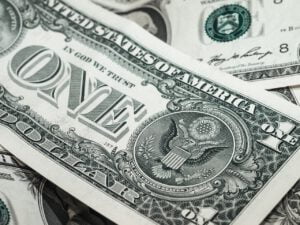 Hawaii residents will start getting tax rebate checks of up to $300 soon. The state has already issued rebate payments to those who were supposed to get the payment through direct deposit.

The paper checks, however, were delayed due to the paper shortage. Now, it is expected that the remainder of the tax rebate checks from Hawaii could start going out next week.

Tax Rebate Checks From Hawaii: When To Expect Them

Gov. David Ige first proposed the tax rebate in the 2022 State of the State address with the objective of offering cost-of-living relief. Then early last month, the governor announced that eligible taxpayers would soon start receiving the rebate payment.

The State Department of Taxation started issuing the payment last month through direct deposit. As of October 3, the department had issued more than 280,000 direct deposits. No paper checks were issued last month due to the paper shortage.

Now, the department has informed that the tax rebate checks from Hawaii will finally start to go out starting October 17, according to Hawaii News Now. It is expected that all the paper checks will be mailed by the end of the month. The department will distribute the checks in batches of 2,000.

Taxpayers who were supposed to get the rebate via direct deposit but haven’t yet received it, can email the State Department of Taxation at tax.refunds@hawaii.gov. Taxpayers can also visit this link for more information on the tax rebate checks.

Who Will Get It And How Much?

To qualify for the tax rebate checks from Hawaii, taxpayers must have filed their income tax returns for 2021 by July 31. Also, they should be a resident of Hawaii for at least nine months. It must be noted that taxpayers don’t need to take any action to get the rebate. The department will automatically send them the payment if they are eligible.