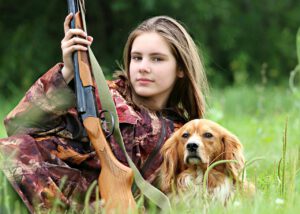 Lake Street analyst Mark Smith said in a note that May’s increase in background checks was probably due to “unfilled demand from Covid, recent buying due to civil unrest and continued and perhaps heightened buying due to the upcoming election and potential for increased regulation following the election.” He expects gun buying related to the upcoming election and possibility for increased regulation to drive continued strength in demand through the fall.

Gun stocks pulled back today after two days of gains on the news about the background checks. Sturm Ruger stock climbed to its highest level since before President Trump was elected, while Smith & Wesson shares were on track for a 19-month high, according to MarketWatch.

Analysts have said the regulatory environment is one of the largest drivers of gun demand, which drives gun stocks. Worries about regulations being tightened have often driven an uptick in gun sales. Demand for weapons fell significantly while Trump has been in office as worries about tighter regulations waned.

This year has brought multiple drivers for gun stocks. Aside from concerns about Democratic candidate Joe Biden entering the White House, civil unrest following the death of George Floyd in police custody is also driving gun sales. Rioting and looting have resulted in new waves of violence, causing some people to feel like they need a gun to protect themselves from the unrest. Worries about a prolonging of the COVID-19 pandemic have also driven healthy demand for guns and gun stocks.