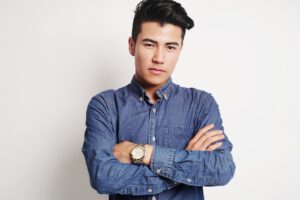 The following is an excerpt from  ValueWalk’s interview with the Founder and CEO of Grizzly Research, a top activist short selling firm. In this part of the interview, the founder discusses profiling a fraudulent CEO and investigating a company for a short idea. The founder whose identity is still anonymous will be revealing it shortly exclusively to ValueWalk. Please stay tuned for the full video interview with transcript or hear his top idea it our upcoming conference.

The CEO thing, found that interesting. So have you been able to develop a profile of how a fraudulent CEO would act and their kind of potential playbook moves that they make for doing fraudulent activity?

Yeah, yeah. I think there are a couple of things that are worthwhile, just general ideas that are worthwhile keeping in mind. At the end of the day, every case is so unique, that you’ll have to think about every single case. I think what helps a lot when you do that is If you already read a lot of short reports, and are familiar with a lot of situations, you know, are aware of fraudulent companies in the past. So you kind of have an idea what happens frequently in certain industries, you know, there are of course I think, common themes. I think one theme that we always see again, like when we think for example, about incentives, you know, they want to save the face, but usually at the end of the day, all fraud ends up being in a way, you know, accounting fraud, you don’t you don’t commit fraud and go through all the effort to make the numbers look worse.

You know, you try to make the numbers look better, usually have like a compensation plan that incentivizes you to make certain numbers. And these are almost always what we find to be the focus of these management teams, and especially of these fraudulent management teams who are  just willing to do anything to make these numbers, you know? So that’s a that’s a common thing. Yeah, I think, you know, one challenging aspect I think for fraudulant companies is to hide, actually growing fraud. You know, if you’re just cooking your books, you at the end of the day, you’ll have to convince the auditor you know that everything is still in order, you have to make the balance sheet balance. And you know, I think we are fairly familiar with where you know, that the cover up would show up. So, yeah, and these irregularities in the financial statements are something that you really want to track closely.

And I forgot to ask in regards, back to the not generating ideas from other people. If you like when you’re when you come up with a short idea on your own. Do you also try to see if anyone else came up with the same idea before you engage deeper into that investigation?

Yeah. Like if you, if I should walk you through the general process here, just as an example, I think, you know, once we, you know, we found the company and found something that makes you think it’s worthwhile looking into, I think. Yeah, one of the things that you do is check what you know, the public is thinking about it so let’s go and try to see what is said on different investment forums maybe what is  said on Twitter, you know, maybe there’s an article on ValueWalk about this company, you know, what the general public thinks and wonder and really look hard for, you know, short reports, anybody who has been very critical about the company, you know, if they came up with information that is comparable to, to, you know, what you have. And I think the most interesting cases are those where, you know, the general public loves the company they think it’s a great company and, you know, everybody is just screaming buy but you think something is wrong with it and that’s a situation that I very much enjoy.