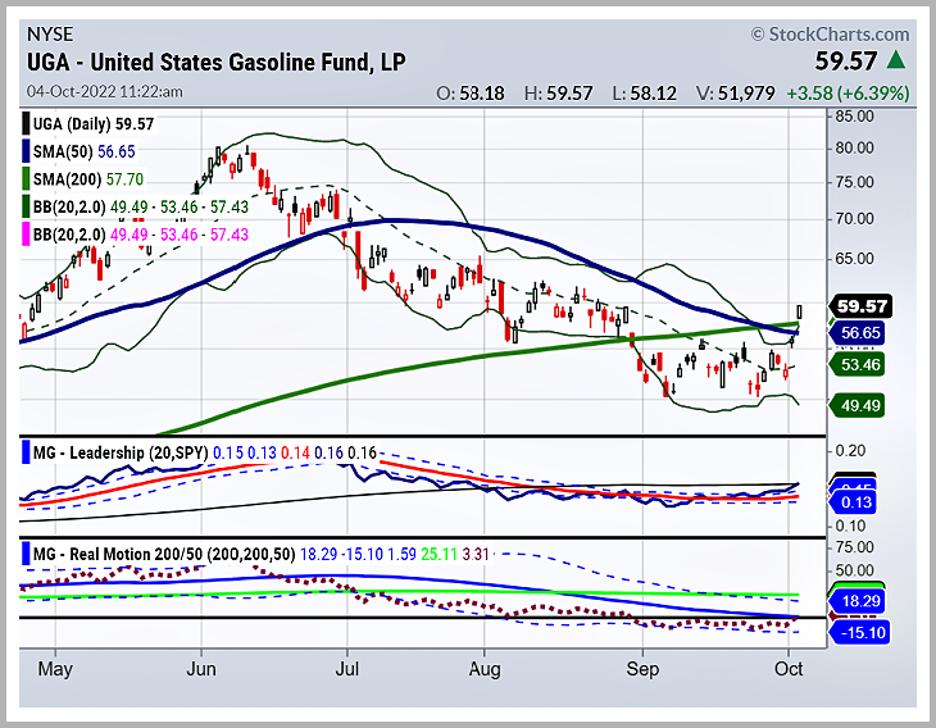 It’s no secret that gas prices significantly impact the economy, discretionary spending and stock market prices. Gas prices were at record highs following an incredible run-up over the summer and have declined steadily until recently, as represented by the United States Gasoline Fund (UGA). Treasury yields have fallen, the dollar has softened, and oil has risen recently as OPEC+ announced it was contemplating cutting output by as much as 2 million barrels per day. These combined moves caused UNG, a U.S. gasoline ETF, to rise almost 10% over the last five trading days.

As traders speculate on a less hawkish Fed, stocks and oil continue to rebound sharply. While higher gasoline prices are good news for oil producers, they are an ominous sign for the global economy and the stock market. Gasoline prices have moderated until very recently in the U.S. partially due to less global demand. The White House also released Strategic Petroleum Reserves to subsidize costs.

The U.S. Gasoline Fund started the session in a bearish phase, then gapped higher, transitioning to an accumulation phase. That represents the first signs that the steady price decline of gasoline might be over. The price of UGA ticked up to 59.57 recently and crossed over the 50-day moving average and the 200-day moving average. Depending on the slope of the continued move, a transition to an accumulation phase presents profitable trading opportunities.

The war in Ukraine seems to be escalating, and the recent price gains in UGA could signal a new uptrend. As an investor, you should pay close attention. This accumulation phase can represent a significant potential market shift.

Central banks are also keeping a close eye on the situation because a steep increase in gas prices could lead to global stagflation. All of this can eventually lead to a decline in stock prices. So, keep an eye on high gasoline prices, which could be bad news for stocks.

You can sign up for a free consultation with Rob Quinn, our Chief Strategy Consultant, by clicking here. He’ll help you learn more about my top-rated risk management trading service.

The Money Show: Join me and many wonderful speakers at the Money Show in Orlando, beginning October 30th running thru November 1st; spend Halloween with us! 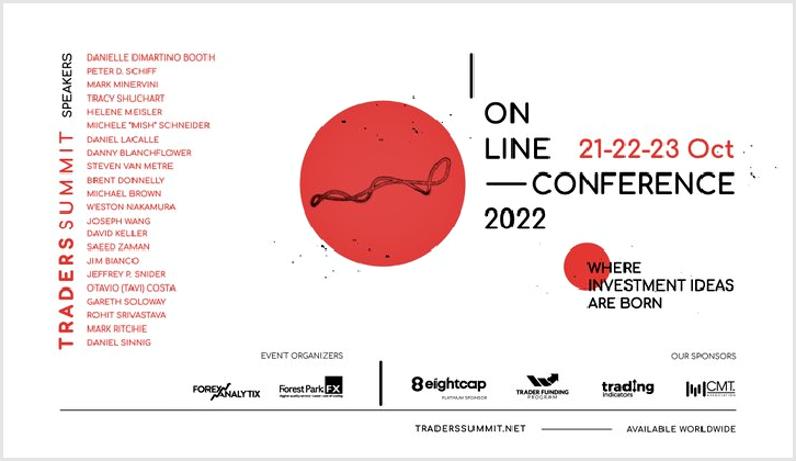 Get your copy of Plant Your Money Tree: A Guide to Growing Your Wealth and a special bonus here.

Mish talks hedges and stock picks under the current environment in this appearance on BNN Bloomberg.

Mish says yes to Palantir, no to Bed, Bath and Beyond in this appearance on CNBC Asia.

Mish talks about a few of her picks, going short and why metals are in focus in this appearance on TD Ameritrade.

Mish talks putting your cash to work in this appearance on Business First AM.

Mish and Neil Cavuto discuss Central Bank credibility, US policy and more inflation to come on Fox Business’s Coast to Coast. Unless this is a spectacular bottom, preserving cash is smart.

Read Mish’s latest article for CMC Markets, titled “When to Put Cash Back to Work“.

Mish talks about key averages, yields and commodities on this appearance on Bloomberg TV.