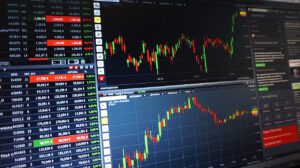 From late 2020 into 2021, the electric vehicle (EV) sector resembled the starting line of an auto race. It was a crowded field full of some established automakers like Ford (NYSE:F), General Motors (NYSE:GM) and Tesla (NASDAQ:TSLA). And there were some new companies loaded with potential, but little else. Fisker (NYSE:FSR) was firmly in that category.

Furthermore, Fisker came to market via a special purpose acquisition company (SPAC). Specifically, they were part of a reverse merger with Spartan Energy. This resulted in the company coming to market with $1 billion and a mandate to have its flagship, Ocean SUV, in production by November 2022.

The less good news is that the enthusiasm that greeted SPAC companies in early 2021 is long gone. FSR stock is trading near its 52-week lows. And despite the promising production news, it’s fighting some tough macroeconomic conditions that have made this a “risk off” market.

As more electric vehicles enter the market, this is an important consideration for investors. In this regard, Fisker offers three compelling stories.

First, the company is partnering with Magna International (NYSE:MGA) with the latter company handling all the production of the Ocean, the company’s flagship vehicle. As Jea Yu wrote this past summer, this gives Fisker an “asset light and agile operating model.”

The second story is about the design itself. From the beginning, Fisker has said the Ocean will have exacting specifications. And part of this is a heavy reliance on sustainable materials. Two examples of this include a vegan interior (meaning no leather), upcycled material and fibers, and a solar-powered sunroof.

And last, but certainly not least, the Ocean is retailing for a price starting at $37,499. That makes it a much more accessible alternative for many consumers.

One piece of the Biden administration’s Inflation Reduction Act was the renewal of a $7,500 EV tax credit which will be in place from January 2023 through December 31, 2032. However, as Jea Yu wrote in August, that tax credit only applies to EVs built in the United States. Furthermore, the battery materials must also originate in the U.S. or from a country that the U.S. has a free trade agreement with.

Because it outsources its manufacturing to Magna International, Fisker is currently on the outside looking in. But according to CEO Henrik Fisker that’s going to change. Speaking at the Paris Auto Show, Fisker announced his intention to build a manufacturing plant in the United States that will begin production in 2024.

A Long Road to Profitability

That headline isn’t meant to contradict any of the positive statements I’m making about Fisker. But this is a good time to remind investors that even though Fisker is using an asset-light model, the company appears to be several years away from being a profitable company. In fact, the company isn’t expected to turn a profit anytime from now through 2026 and perhaps longer.

That doesn’t mean investors should stay away from FSR stock, but you have to know what you own. This is a company that can still be considered in the startup stage. They’re checking off a lot of the right boxes, but there are a lot of other companies doing the same.

The EV field is still crowded. While that will ultimately be great for the consumer, it may be a headwind for a company like Fisker. But if you have a long time horizon and the ability to take on some risk, FSR stock may have a nice payoff down the road.

Before you consider Fisker, you’ll want to hear this.

MarketBeat keeps track of Wall Street’s top-rated and best performing research analysts and the stocks they recommend to their clients on a daily basis. MarketBeat has identified the five stocks that top analysts are quietly whispering to their clients to buy now before the broader market catches on… and Fisker wasn’t on the list.

While Fisker currently has a “Moderate Buy” rating among analysts, top-rated analysts believe these five stocks are better buys.