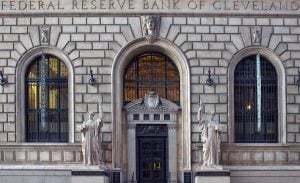 The Federal Reserve’s minutes of their last meeting add fuel to increasing market excitement, affirms the CEO of one of the world’s largest independent financial advisory, asset management and fintech organizations.

He says: “The minutes give markets more of a picture about where the central bank of the world’s largest economy is headed.

“This suggestion of smaller rate rises to come will certainly buoy stock markets, although the immediate positive impact will be muted somewhat by lighter-than-usual trading volumes because of Thanksgiving holiday on Thursday.

“The FOMC has been keen to stress that the fight against inflation is not over yet and we expect rate rises to continue well into 2023, but the slowing of the pace of the hikes will add fuel to increasing market excitement.”

Ahead of the Fed minutes being published, the deVere CEO predicted that the year ahead promises to be much more positive for markets, after the turbulence of 2022.

He cited four main reasons:  inflation peaking in most major economies, low valuations providing buying opportunities for investors, the growing digitalization of business models, and the peaking of the dollar’s strength.

Nigel Green concludes: “The Federal Reserve won’t meet again until the next rate-setting meeting in mid-December, but with stock markets being forward-focused, these latest minutes will pretty much set the mood until the end of 2022.”

deVere Group is one of the world’s largest independent advisors of specialist global financial solutions to international, local mass affluent, and high-net-worth clients.  It has a network of more than 70 offices across the world, over 80,000 clients and $12bn under advisement.