If there’s one thing that a bear market – secular or cyclical – feeds on, it’s fear. The further the drop, the bigger the spike we see in the Volatility Index ($VIX).

As explained by the CBOE.com website, the VIX “measures the level of expected volatility of the S&P 500 Index over the next 30 days that is implied in the bid/ask quotations of S&P options. Thus, the VIX is a forward-looking measure…“

Let’s start off by looking back to the financial crisis in 2008 and how the spiking VIX unfolded: 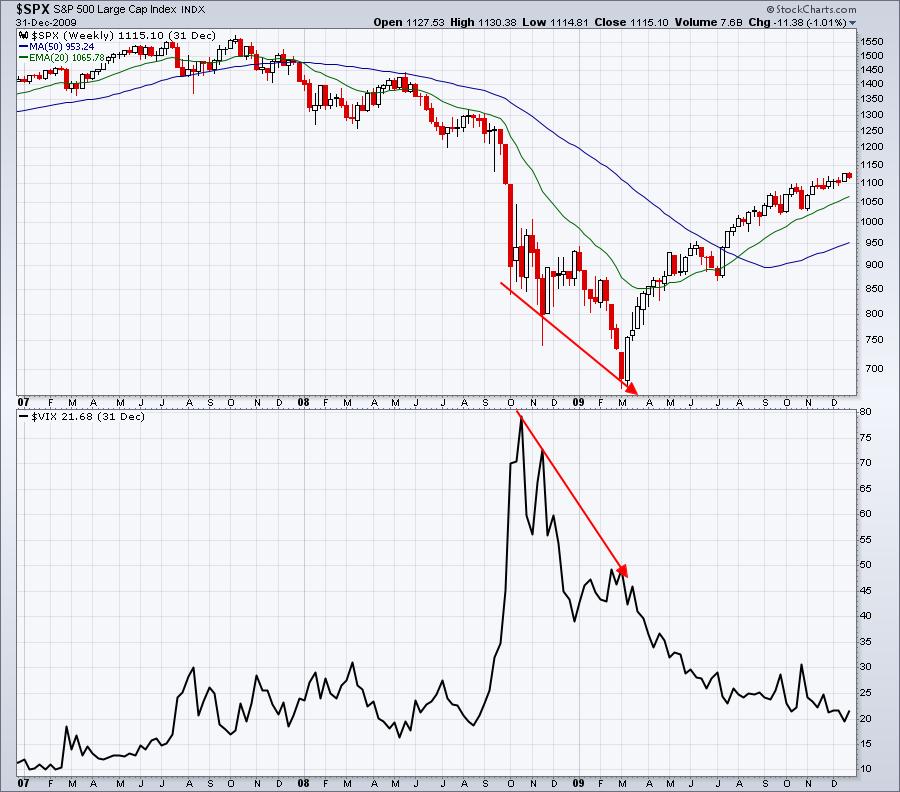 The VIX topped in October 2008 and, though the S&P 500 hit two lower price points, the bear market ran out of sellers, as fear came tumbling down in late 2008 and into the first quarter of 2009.

During the market turbulence in 2014-2016, we saw a somewhat similar pattern: 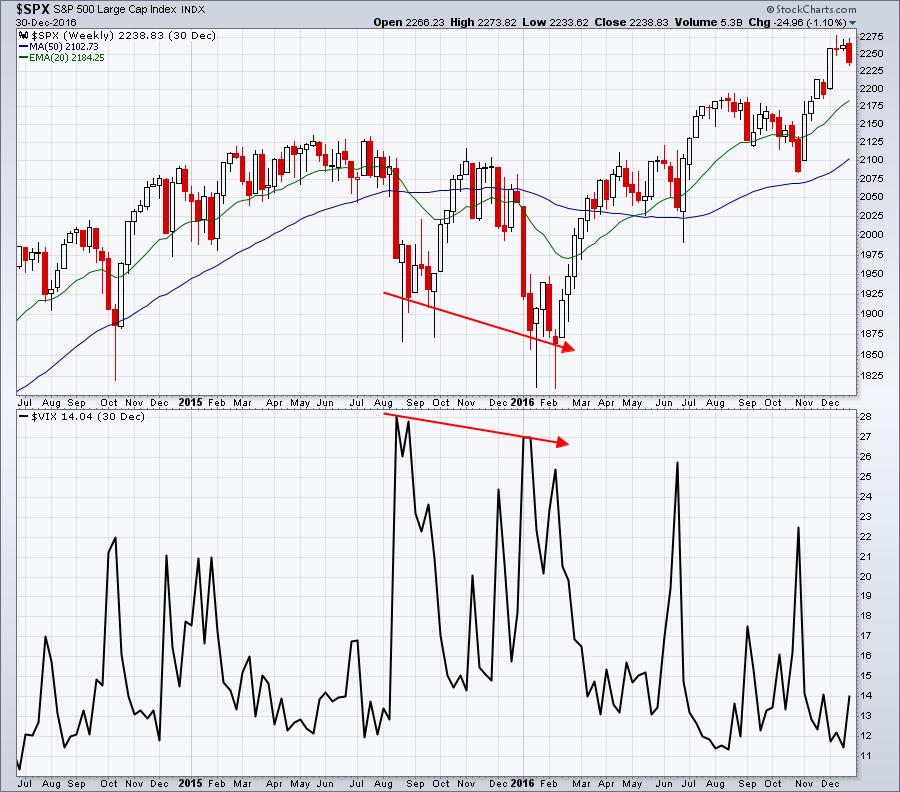 Q4 2018 was a very short cyclical bear market (less than 3 months), as was the pandemic-led selling in March 2020 (4 weeks), so there really wasn’t much time to evaluate the VIX at various low points, but currently we’re seeing a similar pattern in the cyclical bear market of 2022: 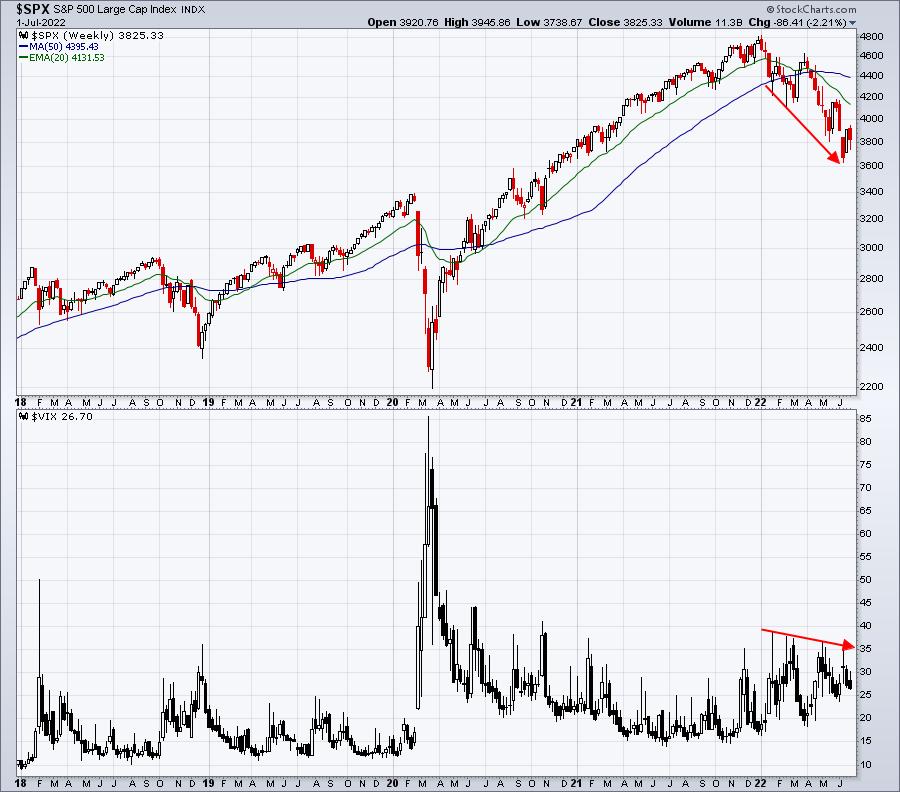 But the action on the VIX was really strange this week. The S&P 500 saw selling pressure once again, yet the VIX finished very close to a 3-week low. Check out this 1-month 30-minute chart: 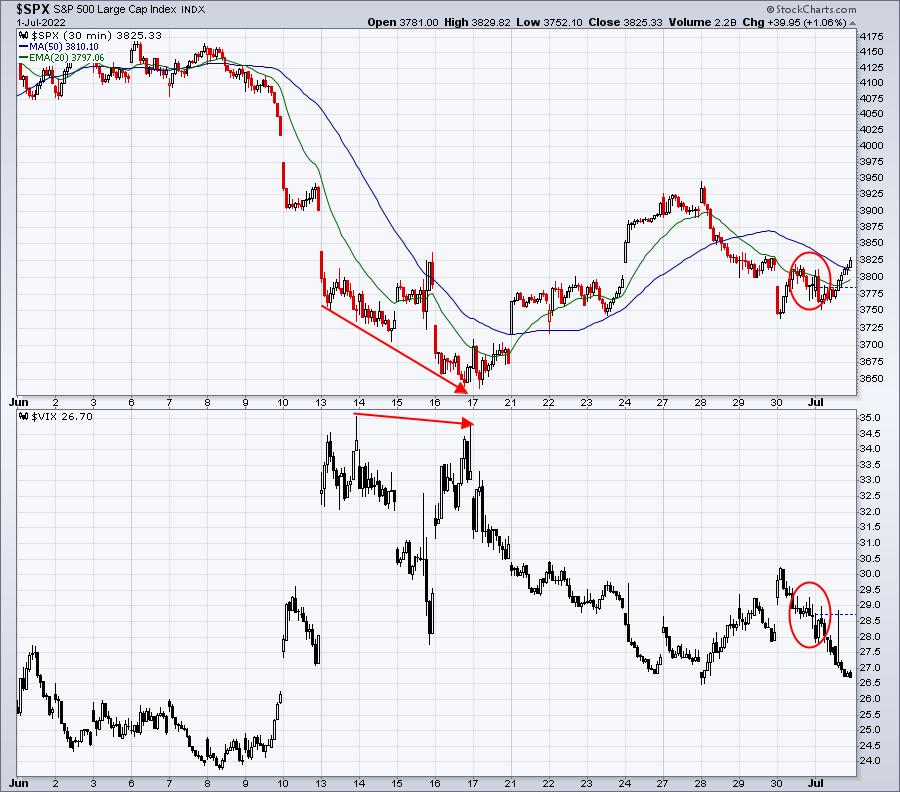 From mid-day on Thursday through the early morning Friday, the S&P 500 fell from 3820 to 3750, and the VIX was dropping right along with it. That’s extremely unusual behavior. The VIX is looking ahead, and it’s pricing in less volatility. That suggests that we’re being given a signal of a rally ahead. That’s the reason the VIX goes down. Less volatility means higher equity prices.

We’re heading into a fresh quarterly earnings season, and I’ll be featuring one company that I believe is poised to make a big run into its quarterly earnings report later this month. To read about it in our next newsletter article, simply CLICK HERE and sign up for our FREE EB Digest newsletter. It only takes a name and email address. There is no credit card required and you may unsubscribe at any time.