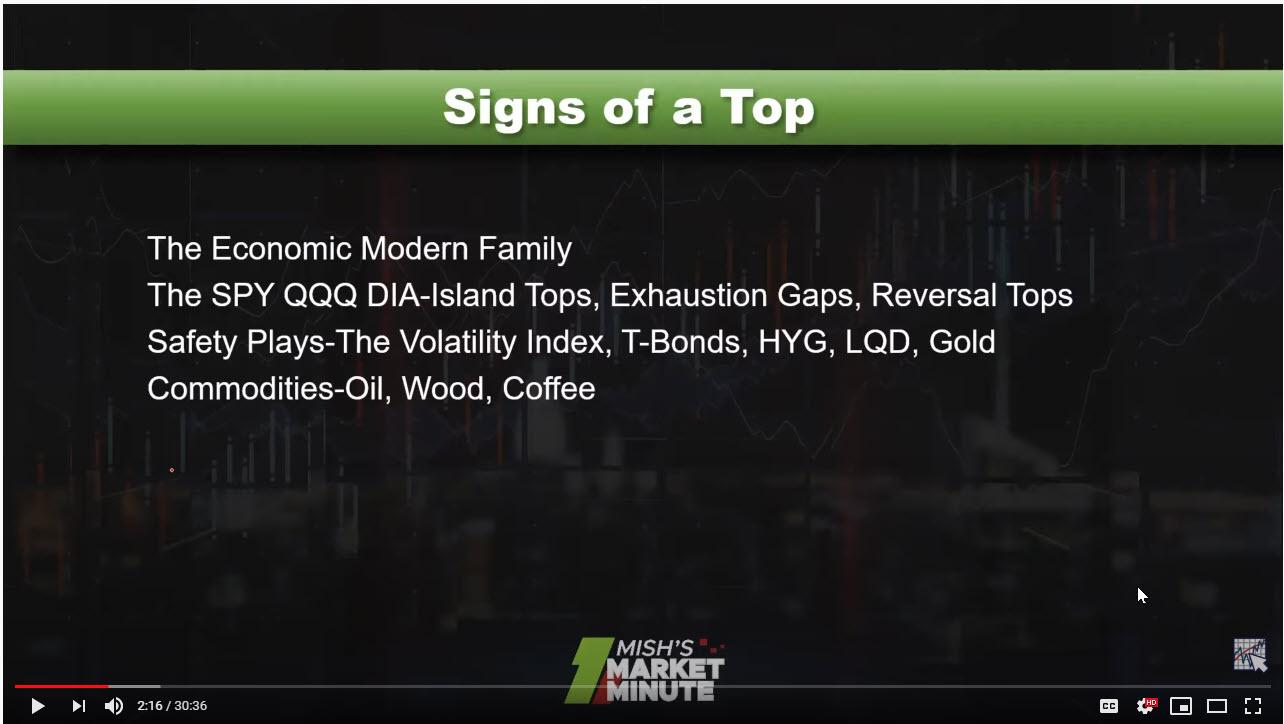 After last Thursday’s nearly 1900-point decline, I recorded a video for StockChartsTV (at the bottom of the page). Then, on Friday, we saw four distinct trading patterns emerge.

First, many instruments had inside days or traded within the range of Thursday’s trading range. Is this surprising? Nope, as digestion, after feasting on the meat of the bulls, is practically mandatory. Second, several instruments made new 60+ day lows on Thursday and are digesting right near a major moving average. Third, some instruments simply outperformed, yet tested major moving averages offering a much more sensible risk. Finally, and here is the stick in the mud, NASDAQ 100 confirmed an island top. Technically, that is a sign of a top. The question is, how much more downside if any, will this island yield?

An instrument that made a new 60+ day low, followed by an inside day and sitting on a major moving average, is Space or Virgin Galactic. Therefore, a move over last Thursday’s high offers a great risk to under the 200-DMA. And, like DIA, if it breaks Thursday’s low, it also breaks the 200-DMA, suggesting lower prices ahead.

An instrument holding a major moving average that did not sell off as much as the indices did is Baidu (BIDU). That also offers a great risk to under the 200-DMA. And, again, you do not want to see this break under last Thursday’s low.

Alas, we must go back to the stick in the mud, or NASDAQ 100 and its island top. An island top leaves literally an island. An instrument gaps up and can hold that gap up for one or more days. Then, what makes it an island is that it will then gap down, leaving the price standing alone, surrounded by space (water), like an island. QQQ had a one-day island as it gapped down last Thursday.

Statistically, the overall performance rank for island top breakdowns is 38 out of 53 (tops). That means the downward pressure on the market could outweigh the other three more potentially bullish patterns. Nevertheless, QQQ could also wind up to be one of 15 out of 53 times the island does not work and the gap gets filled.

I go through a lot of these charts during the 30-minute presentation I made for my show on StockCharts TV, which aired on Friday, June 12th.