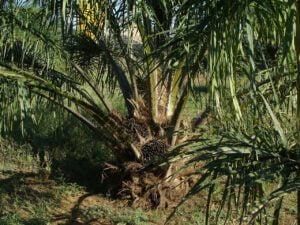 The key to the blossoming UK-Indonesia relationship could be an omission, rather than an action. Specifically, if London can avoid making the same mistakes that Brussels has made in recent years that have set back that relationship.

Almost exactly a year ago, UK Prime Minister Liz Truss and Indonesia’s Coordinating Minister for Maritime Affairs and Investment, Luhut Pandjaitan, met for the first time. Their meeting seems to have yielded positive results as the newly-appointed Prime Minister is already indicating that she is committed to strengthening relationships with countries like Indonesia.

In fact, PM Truss told the UN General Assembly last month that the UK was focused on ‘deepening ties’ with Indonesia and other democracies.

It is readily apparent that the UK’s long-term relationship with Jakarta is top of mind for the Prime Minister.

There are clear benefits for a deeper relationship between the two countries; Indonesia is a significant exporter of nickel, timber, clothing and palm oil to the UK – all of which contribute to the UK’s steel, housing and consumer markets. The UK’s exports are mostly machinery, meaning the two economies are complementary rather than competitive.

How should the UK approach Indonesia? Follow Truss’ lead in seeking a deeper relationship by not making the same mistakes as the EU.

First is palm oil – Indonesia’s largest agricultural export. Palm oil is also the ASEAN region’s second-largest agricultural product and therefore needs to be front and centre in any agreement should the UK actually want to strengthen their relationship with this critical region.

Palm oil has been a bête noir for DEFRA – the UK’s Environment Ministry – for several years; the NGO community in London has pushed for DEFRA to back more restrictions on palm. This would be an historic mistake. Instead, PM Truss must be firm in her convictions that trade and openness is a better solution than nannying.

Indonesia has shown its willingness to collaborate with openness on sustainability. Indonesia has the only functioning legality standard for forest products under the FLEGT program – and the UK was a key part of making this happen.

In a similar way, Indonesia’s sustainability standard for palm oil (ISPO) can and should play a key role as a guarantor of sustainability and legality, and its value needs to be recognised by UK authorities. So far, the UK has shown receptiveness to engaging with Indonesian officials in both London and Jakarta.

Second is the shape of a potential trade agreement. The UK has shown it is keen to complete trade deals quickly.  Its agreement with Australia is a good example.

There will be some in the UK government who believe this can’t happen in a short time-frame. But this is simply not the case. And Indonesia, most recently with its deal with the UAE, has shown it can put pen to paper on trade agreements within months, not years.

The UK-Australia FTA can serve as a good template for any negotiations going forward. It has a measured approach to environmental concerns that has already satisfied many British constituents, and it dispenses with the overly-burdensome approach taken by the EU.

Third is the UK’s willingness to listen. At a meeting of EU Ambassadors last week, the EU’s High Representative for Foreign Affairs, Josep Borrell, said:

“We think too much internally and then we try to export our model, but we do not think enough about how the others will perceive this  … Yes, we have the “Brussels effect” and we continue setting standards, but I believe that, more and more, the rest of the world is not ready to follow … “This is one model, it is the best one, so you have to follow it”. For cultural, historical and economic reasons, this is no longer accepted.  We have to listen more.”

UK officials have shown their willingness to listen to counterparts in Jakarta on everything from palm oil to security. The original Due Diligence legalisation from London was welcomed across the developing world as it sees producing country governments as cooperative partners rather than adversaries. The Secondary Legislation currently under discussion should not subvert this (singling out palm oil for early regulation for example, would send a negative message).

This spirit of cooperation needs to continue, and if it does the UK and Indonesia trading relationship has a very bright future.