July 17, 2020 admin
As expected, housing starts bounced back in June.

Total housing starts in June were at expectations, and revisions to prior months were positive.

Single family starts were down 3.9% year-over-year. 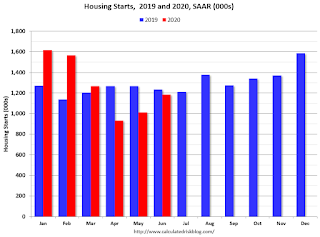 Last year, in 2019, starts picked up in the 2nd half of the year, so the comparisons were easy early in the year. 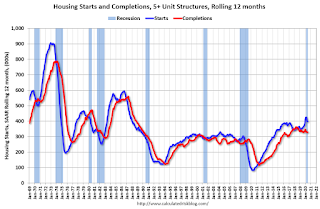 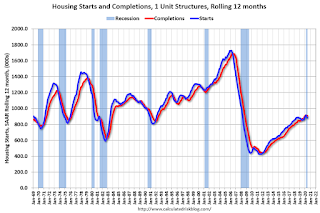